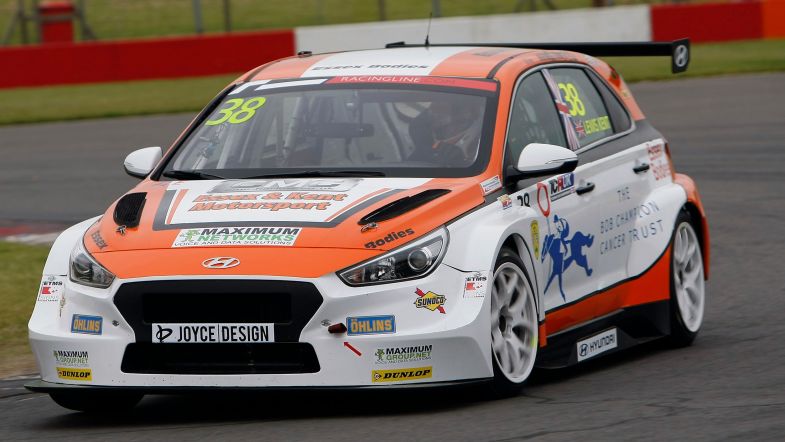 Lewis Kent has moved into the lead of the TCR UK championship after another comfortable lights-to-flag drive in Race 2 at Croft.

The Hyundai i30 N TCR driver led away from pole position but had to defend heavily from the Cupra of James Turkington in-between a pair of safety car interventions.

The first came after the HMS Racing Audi A4 of Alex Day stopped on track, in what appeared to be repeat of his Race 1 issues.

Day, who started second, slowed almost immediately off the line and ground to a halt at the exit of Hawthorne on the opening tour, before restarting.

It stopped for good on the same lap, thus neutralising the race.

This allowed the Team Dynamics Honda of Henry Neal to mount an attack on Turkington as the pair approached Tower at the restart, but the son of BTCC racer Matt locked up under braking and slid into the gravel.

The stricken Honda needed outside assistance and required another safety car.

Kent was challenged hard at the second restart from Turkington but had enough pace in the bag to ease out to a 3.921 second victory margin at the end courtesy of successive fastest laps.

Darelle Wilson claimed the final step on the podium in his DW Racing Vauxhall Astra TCR, easily ahead of the Cupra TCR of Richard Woods.

Teamwork Huff Motorsport driver Sunny Wong was another retirement in his Volkswagen Golf GTI TCR, stopping at Clervaux with six laps to go.

The next round of the TCR UK Touring Car Championship takes place at Brands Hatch on July 28th.