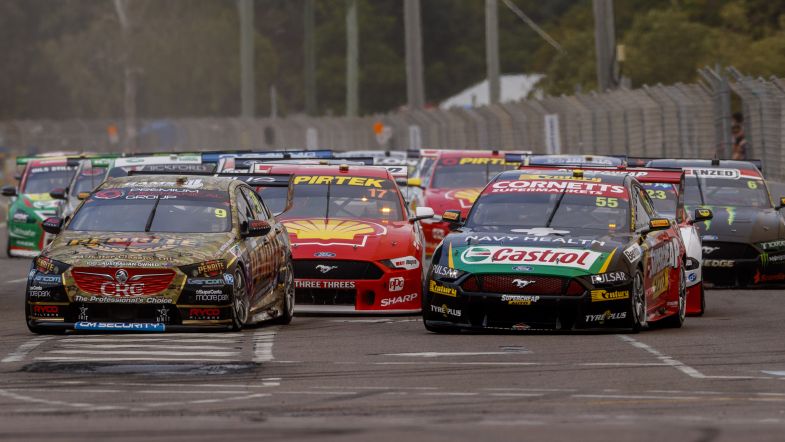 The Supercars Commission has announced that further changes will be made to the field ahead of the Ipswich SuperSprint to improve parity across the board.

After the Holden Commodore and Ford Mustang received changes to their ballast after the Albert Park round, with 6.8kg and 27kg redistributed respectively, further testing has led the series to again alter the positioning and overall weight of the ballast in both cars.

While the Commodore will have all of its ballast removed, the Mustang runners will have to remove 9kg but some composite parts in the roof will be replaced by steel beams, keeping an overall higher centre of gravity than the start of the season.

Unaltered by the first round of changes, the Nissan Altimas, which are run by Kelly Racing, will have their engine ballast moved down to the sump to further improve their competitiveness as they’ve been winless since Winton 2018.

Former team boss and current Head of Motorsport for Supercars Adrian Burgess gave details on the new alterations and the decision to hold off until the next round to implement them.

“The Commission approved the change following further work into the positioning of ballast through a more refined process using CAD,” he said.

“With some teams not returning to their base between Darwin and Townsville, we decided to implement the change for Ipswich after all teams have had time in their own race shops.

“The repositioning maintains the current CoG balance between all makes and has an equal effect on performance for all.”

As Scott McLaughlin and Fabian Coulthard lead the championship in their DJR Team Penske prepared Ford Mustangs, the duo have taken 15 wins from 18 races this year with Shane van Gisbergen notching up his second for Triple Eight over the weekend and Chaz Mostert winning at Albert Park for Tickford Racing.