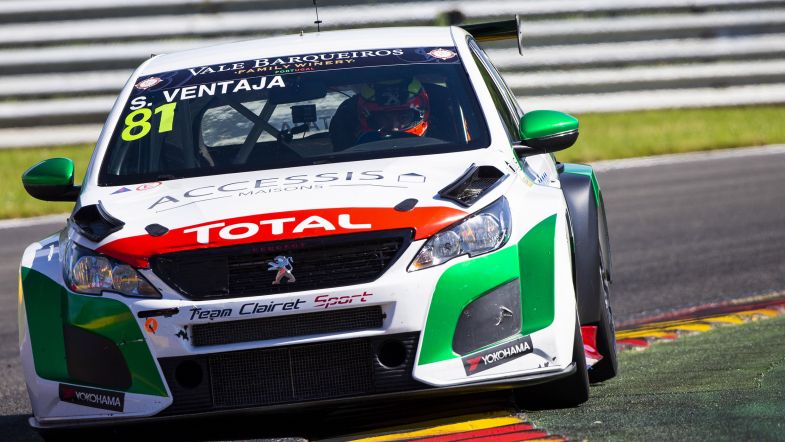 Peugeot piles on 70kg ahead of Spielberg race meeting

The championship leading Peugeot 308TCRs have gained a combined 70kg ahead of this weekend’s round of the TCR Europe Touring Car Series at the Spielberg circuit, as a result of changes to the compensation weight and Balance of Performance.

After winning three of the first six races of the season, Julien Briché, driving for his own JSB Competicion team leads the standings in a Peugeot 308TCR.

Following the last race meeting, the TCR promoter, WSC Group, made an adjustment to the BoP, adding 20kg of weight to the Peugeot, and also halving the weight break given to the C-ECU variant of the Volkswagen Golf GTI TCR to -30kg, the same as the original ECU model.

The latest compensation weight changes have meant the Peugeot model has been hit with the biggest increase of all, going from +10kg to +60kg, meaning the 1.6-litre-engined car will be the third heaviest car on the grid this weekend.

The Audi RS 3 LMS and the Volkswagen Golf GTI TCRs have also been given 50kg increase in the latest compensation weight calculation, leaving the Cupra TCR and the Renault Mégane RS TCR trailing far behind in terms of overall weight.

The Hyundai i30 N TCR will still be the heaviest car, thanks in part to its 10kg BoP increase since the last race, though in terms of compensation weight, it’s now dropped 20kg.