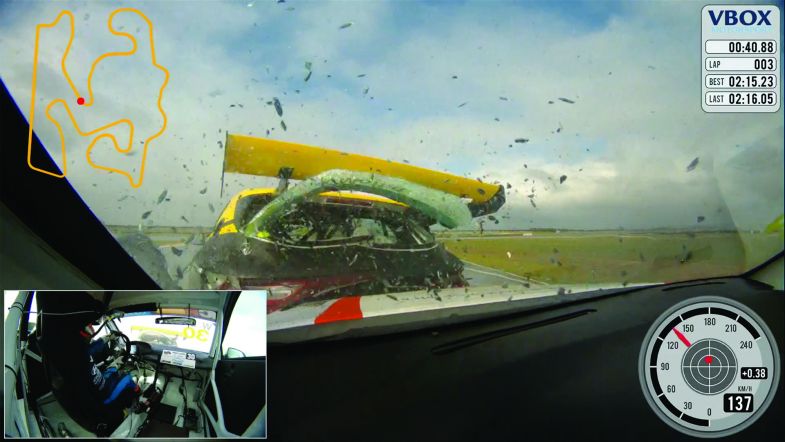 It was in the approach to Turn 6 that Hyundai driver Brown lost control and crashed hard into Moffat’s Renault.

“I was just behind James Moffat heading into the hairpin at Turn 6,” said Brown.

“I was five-to-six car lengths back and moved to the left to get out of the spray and as soon as I touched the brakes I aquaplaned. I tried to turn away on the wet and slippery track but I collected him and that was that.”

Moffatt will not make it to the second practice session with Garry Rogers Motorsport currently racing against time to get his car ready for qualifying.

“It’s definitely not the ideal way to start the weekend here at The Bend Motorsport Park,” said Moffat.

“The conditions were pretty tricky and young Will Brown was caught out by it, aquaplaned and centre-punched our Renault pretty hard. Will came down and saw me straight away and was very apologetic which was good of him, but hopefully our guys at GRM can fix the car and we can get back out there tomorrow.”

HMO Customer Racing Hyundai has stated that they are likely to get Brown back out for the second practice session.