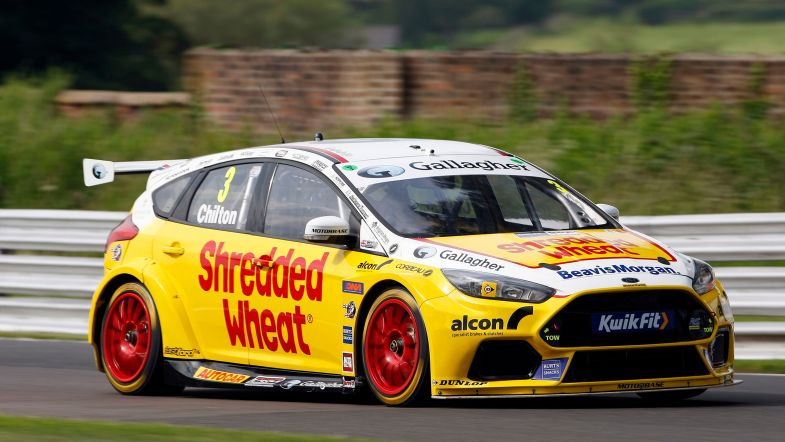 Tom Chilton set the pace for Motorbase on the opening day of the two-day BTCC tyre test at Snetterton.

Chilton posted what would prove to be the quickest time of the day during a qualifying simulation run during the morning session, with a best time of 1:56.144s being better than any of his rivals was able to manage.

The Honda of Sam Tordoff would lead the way during the afternoon, but the Cobra Sport AmD man was three tenths of a second down on Chilton’s best – which was well over a second quicker than he would lap in the afternoon as he ran through an alternative programme.

“We’re obviously testing different compounds and set-ups, but this is a real chance for us to push forwards with the car,” Chilton said. “We has a pre-season test in Spain but the conditions weren’t great there, so this is a vital few days in preparation for the rest of the season.”

Dan Cammish would end up splitting Chilton and Tordoff on the times having been second quickest in his Team Dynamics Honda during the morning session, with Colin Turkington ending up fourth quickest overall; the points leader being the only driver in the top three in both the morning and afternoon in his BMW 330i M Sport.

Tom Ingram’s Toyota Corolla and the second of the Cobra Sport AmD Hondas in the hands of Rory Butcher rounded out the top six – despite Butcher being limited to just six laps in the afternoon.

Having elected to take part in the test despite not featuring on the grid this season, the HMS Racing Alfa Romeo Giulietta was 15th on the combined times in the hands of Rob Austin, whilst the opening day of the test also saw the return of the Infiniti Q50, now in the hands of the Laser Tools Racing team.

Aiden Moffat only ran in the afternoon at the wheel of the revised car and would end up slowest of those drivers to post a lap time, just behind the Trade Price Cars Racing boss Dan Kirby as he made his debut in a touring car at the wheel of Jake Hill’s Audi S3.