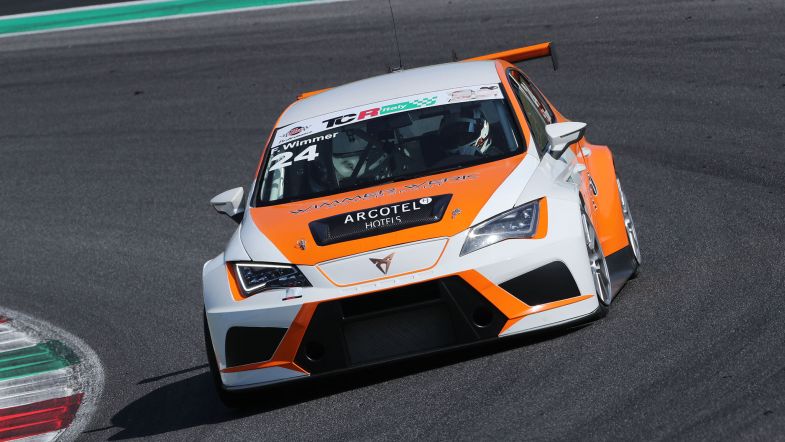 Scalvini continued falling down the pack as his team-mate Matteo Greco and Enrico Bettera, at the wheel of an Audi RS 3 LMS from Pit Lane Competizione, also overtook the pole-sitter.

Pellegrini closed the gap to Wimmer by mid-race, attacking the Austrian for the lead, as Bettera defended from Gavrilov, who overtook the Italian for fifth place with ten minutes to go.

The Russian also closed the gap to Greco, growing increasingly frustrated behind the Cupra TCR. Gavrilov then went wide in the closing stages of the race, burying his Audi RS 3 LMS in the gravel trap.

At the chequered flag, Wimmer scored his first victory of the year, ahead of Pellegrini, with Tavano completing the podium.

Greco and Scalvini were next, with Scuderia Race’s Denis Grigoriev, driving a Honda Civic Type R FK8 TCR, in sixth position. Damiano Reduzzi, in the Trico WRT-rim Hyundai i30 N TCR, was seventh.

The next round of the TCR Italy championship takes place at Imola on 30th August-1st September.