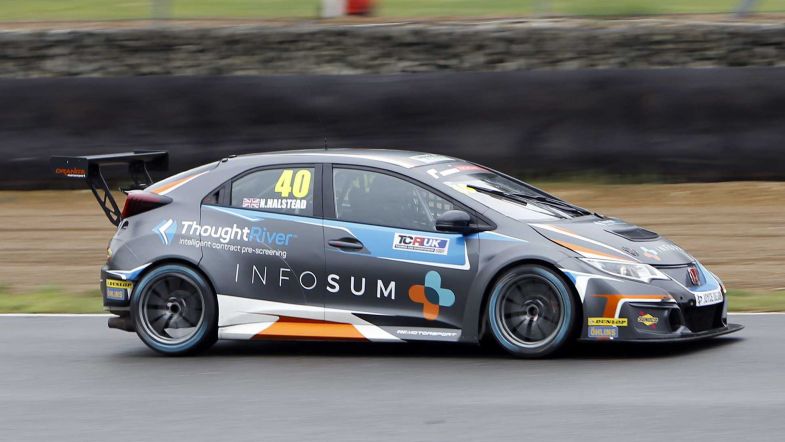 Halstead led the entire session but the red flag came out with just under eight minutes to go due to Alex Day’s Audi A4 stopping on the track. When the Audi was recovered, the track went green again.

Halstead set a best lap time of 56.609 at the wheel of his Honda Civic Type R followed by Henry Neal, with his NGTC-spec Honda 0.120 seconds behind the TCR-spec car as best of the Touring Car Trophy runners.

Stewart Lines was third as he returned to action at the wheel of Maximum Motorsport’s Cupra TCR, eight-tenths off the pace, followed by James Turkington in his Ciceley-run Cupra in fourth.

Essex and Kent Motorsport’s Lewis Kent finished in fifth position at the wheel of the sole Hyundai i30 N TCR, on the grid followed by Day’s NGTC Audi.

Darelle Wilson completed the classification in seventh place in his Opel Astra TCR, 1.4 seconds behind Halstead.

The start of Race 1 is scheduled for Sunday afternoon at 13:55 BST.