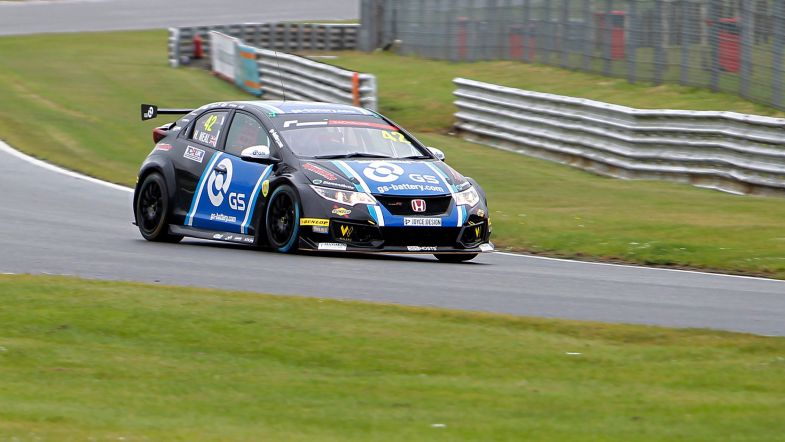 Henry Neal took a maiden overall victory in the opening Touring Car Trophy race at Brands Hatch, while James Turkington moved into the lead of the TCR UK series with second overall.

Pre-event points leader Lewis Kent finished a lowly sixth in his Hyundai i30 N TCR despite having challenged for the podium early in the race, with the podium instead completed by the Honda Civic of polesitter Nick Halstead.

Halstead made a perfect start from his maiden series pole to lead into Paddock Hill Bend for the first time, as Turkington leapt up to second.

Kent slipped to the rear of the field following a trip through the gravel, but quickly made amends by getting by Alex Day’s HMS Racing Audi and the DW Racing Astra TCR of Darelle Wilson.

Turkington, with more success ballast in his Cupra, soon found a way past Halstead as the pair navigated Druids on the third lap.

Behind, Neal began to close the gap to Halstead in front and moved ahead of the Ginetta GT5 Challenge regular at Paddock to claim second place.

From then on, Neal and Turkington were separated by less than a second as the pair shared the fastest laps.

Neal then seized the overall lead from Turkington on the inside of Clearways with just under 15 minutes of the race remaining.

Despite his poor start, Kent made it up to fourth place with a simple overtake on Stewart Lines’ Maximum Motorsport Cupra at Paddock to take second in the TCR class,

Out front however, Neal stretched his lead to over three seconds from Turkington and duly took the win, while Turkington moved into the lead of the TCR standings with second overall.

Kent dropped behind Lines and Day late on in the race and finished sixth overall and third in TCR UK, meaning that the Hyundai driver trails Turkington by 13 points heading into Race 2.

The second race of the day is scheduled to take place at 17:55 BST.