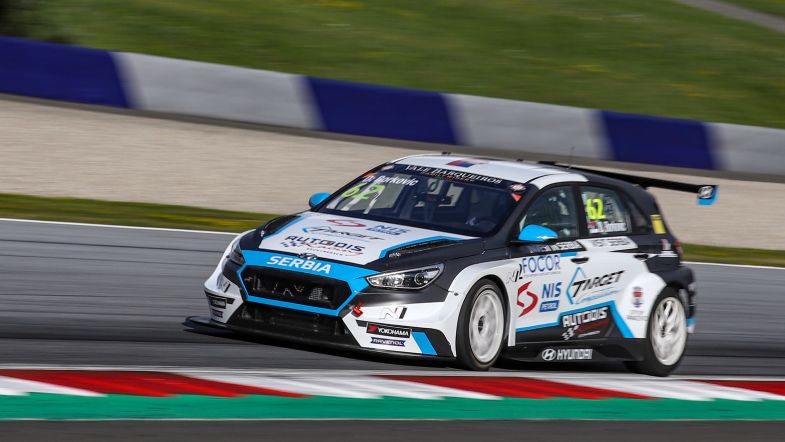 Target Competition has announced the signing of Dominik Baumann for the remaining races of the TCR Europe series season.

Baumann will replace Dusan Borkovic after he was banned for the remainder of the season following an off-track incident at the Red Bull Ring.

The 27-year-old Austrian previously tested the Hyundai i30 N TCR at the start of the year.

“It was not easy to find a replacement driver for Dusan in this short time,” team principal Andreas Gummerer said. “We are happy to be able to announce today that we made a deal with Dominik for the remaining rounds.

“At the beginning of March we had a pre-season test with several new drivers and Dominik was fast from the beginning. We are sure that his experience will help us and he will be a strong team-mate for our squad.”

Baumann was also pleased to announce the deal.

“I am looking forward to the challenge of racing for the first time in a TCR car,” he said. “The decision for me was easy as Target Competition is one of the top teams in TCR. The remaining track are all well known to me and I hope I can support the team to win the championship.”