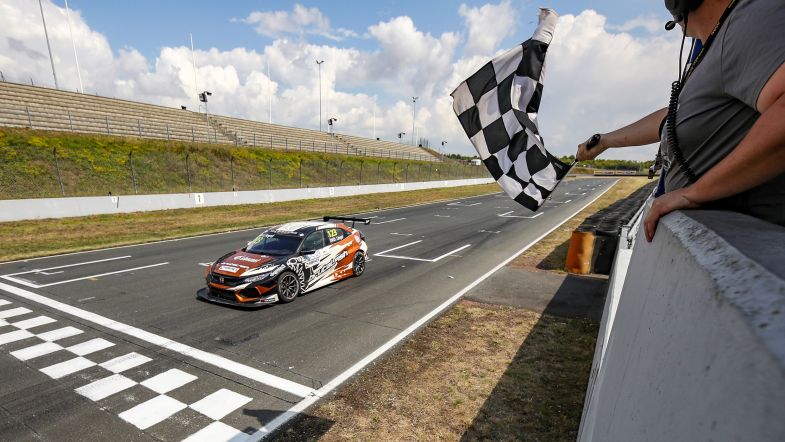 Dan Lloyd has thanked his team and JAS Motorsport after claiming Honda’s first win of the 2019 TCR Europe Touring Car Series at Oschersleben, following exclusions and penalties handed out to the top two Hyundais in the race.

Lloyd had fallen behind the Hyundai of Andreas Bäckman after leading the first 14 laps of the race, with Lloyd pushing hard to keep the Swede behind, and in doing so used up his tyres.

Following the revised result, Lloyd is now classified as part of a Honda 1-2, with the Boutsen Ginion Racing Honda of Tom Coronel taking his series’ best result as well in second.

“It’s obviously not the fairy-tale way of winning your first race, and it is t’s tough – I do feel for Andreas, but it’s a black and white rule,” said Lloyd to TouringCarTimes.

“I want to say a massive thank you to Martin (Ryba) for giving me the opportunity. If it wasn’t for him, I wouldn’t have had this drive this year, and is as much a win for him and the team as it is for me.

“I’m happy for myself, but over the moon for the team, and it’s also thanks to the guys from JAS with all their support as well.”

Honda would appear to be the biggest threat to Hyundai around Oschersleben, but Lloyd will have to start from ninth on the grid on Sunday for the reversed grid race.

“The Honda is strong around here, the Hyundai has had the edge, but it’s nice that everywhere I’m going I’m showing strong pace. It’s nice to start getting some consistency,” he added.

“Today wasn’t a boring race now having watched it back, and tomorrow you never know what might happen so we’ll keep pushing on.”