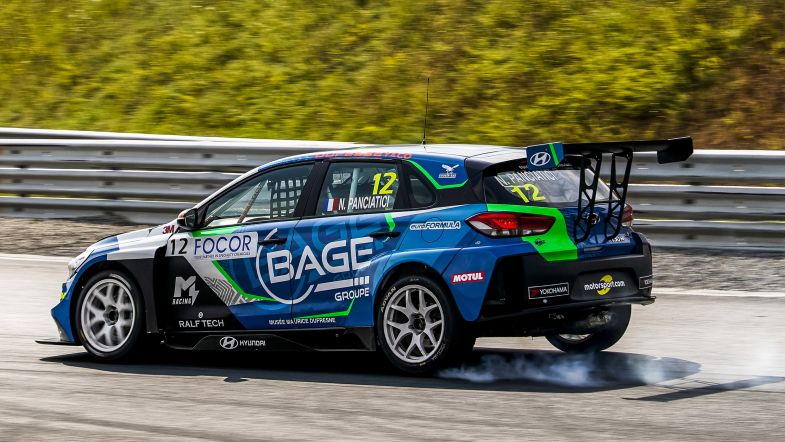 Nelson Panciatici loses second place after being handed a penalty

Nelson Panciatici has lost his second-place finish in the first TCR Europe Touring Car Series race of the weekend at Oschersleben, after the M Racing Hyundai driver was given a post-race penalty for contact with Jessica Bäckman.

Panciatici had finished behind race winner Andreas Bäckman in his Hyundai, overtaking Dan Lloyd’s Brutal Fish Honda on lap 14 at Turn 3 along with Bäckman, but a post-race investigation concluded he was at fault for the contact with Andreas’s sister Jessica at Turn 2, which had spun her off the track.

The 30-second penalty drops Panciatici down to 11th in the final order, with Lloyd and Coronel promoted into the final podium positions.

The results remain provisional as scrutineering is still underway.