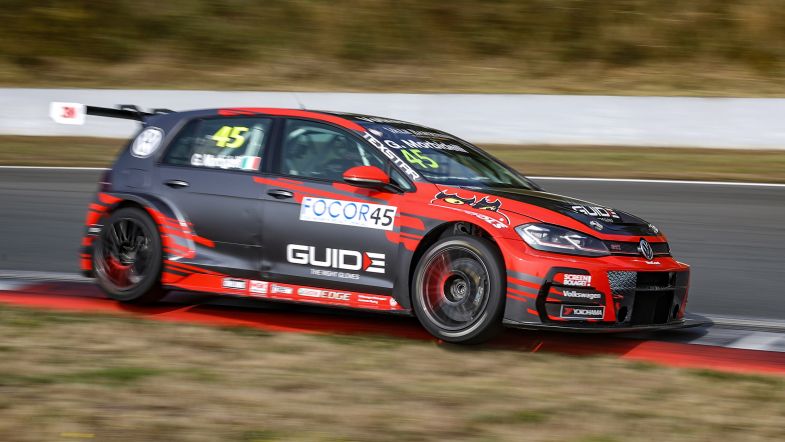 WestCoast Racing’s Gianni Morbidelli has claimed BRC Racing Team’s Luca Filippi “doesn’t know how to drive” after the two were involved in two incidents in the second race at Oschersleben, which were both cleared as racing incidents by the stewards.

Morbidelli and Filippi came together at the start of the race on the first lap, which forced Morbidelli wide. The two made further contact, and the toll on the front of his Volkswagen Golf GTI TCR became clear, when his tyre punctured on lap nine at Turn 4.

Morbidelli was furious with his countryman for the contact after the race, exclaiming:

“This is not the way to race. Now I understand why he’s made no career, he doesn’t know how to race, he just carries on hitting people,” Morbidelli told TouringCarTimes.

“He doesn’t know how to drive, that’s why he’s slow and then he just carries on hitting people, but I don’t want to say any more.”

Filippi believed the contact was a racing incident, explaining:

“With Gianni, I don’t know really, I want to have another look at it,” Filippi said to TouringCarTimes.

“I missed the apex by a bit and he had a bit of space to squeeze into, but I still managed to rotate the car, and when I turned in, we touched and we both went off. From my point of view, I may have made a small mistake, but I don’t think any of us did anything unfair.”

Both incidents were investigated by the officials, with the decision made to take no further action.