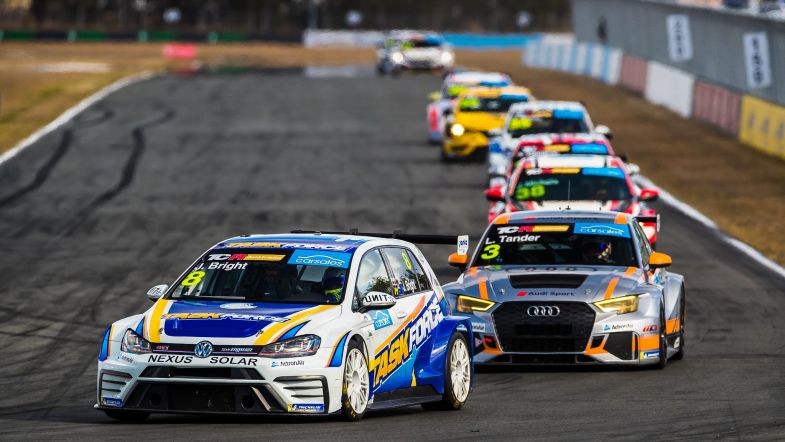 This weekend’s TCR Australia series round proved to be quiet in the steward’s room with Sunday’s races generating no penalties throughout the field.

Only Saturday’s opening race saw penalties handed out, one in-race and one post-race, while an incident free Sunday on track meant that no driver was punished post race.

An in-race penalty came for Will Brown in Race 1 after the HMO Customer Racing driver shortcut the track in his Hyundai i30 N TCR while trying to chase the pack, nursing a puncture after earlier contact with John Martin on the opening lap. Brown served his pit lane penalty during the race, ending up 16th at the end of the 21 laps.

A post-race penalty of 10 seconds was handed down to Jason Bright after the Alliance Autosport driver made contact with Leanne Tander’s Melbourne Performance Centre entry.

The contact at Turn 3 on lap 12 from Bright’s Volkswagen Golf GTI TCR spun Tander’s Audi RS 3 LMS, dropping both down the order as they were fighting for the final spot in the top ten at the time.

While Bright went on to finish in tenth, Tander came home in 13th though she was then elevated to 12th after the penalty was applied with Bright dropping to 13th.

Sunday featured no penalties and no safety cars across the two 21 lap races as the only retirements throughout the day were from mechanical issues.