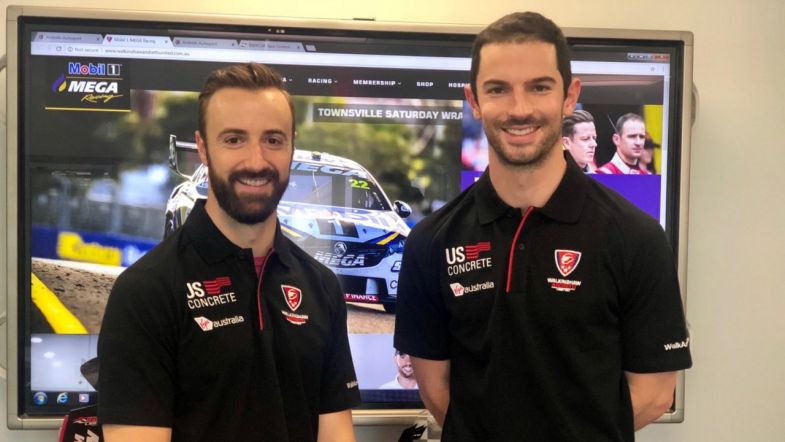 This year’s Bathurst 1000 will include a special wild card entry, with Walkinshaw Andretti United announcing that Indycar drivers Alexander Rossi and James Hinchcliffe will pilot a Holden Commodore in October.

As a part of the tie-in between the Australian-based Walkinshaw outfit and Andretti Autosports in the USA, the pair will drive in this year’s Great Race carrying the #27, Rossi’s regular number in the Indycar series.

While WAU will prepare the cars at their Clayton base in Melbourne, members of Andretti Autosport and United Autosports are joining the drivers and making the trek from the US to work on the car over the race weekend.

The pair have been granted seat time before the race with a three day test at Winton Raceway scheduled for October 1-3 to help familiarise themselves with the Supercars.

Hinchcliffe has been out to Australia before and driven in Supercars as a co-driver, being one of the drivers involved in the start-line shunt at the Gold Coast 600 back in 2012. Though he has limited experience in a Supercar, he has not yet driven a Car of the Future chassis yet.

Rossi is heavily credentialed, working his way up the open-wheel ladder before starting in six races for the now defunct Marussia Formula 1 team in 2015. He made his mark in Indycar when he won the 100th running of the Indianapolis 500 at his first start back in 2016.

Last year Rossi challenged for the Indycar title but ultimately lost out to Kiwi Scott Dixon, now tracking on the same path with two wins this season and sitting second in the championship standings.

The young American understands that while the experience will be an eye-opener, he’s looking forward to the challenge.

“It’s going to be a steep learning curve and I’m very aware of that,” Rossi said.

“I’ve got a few friends who are Supercars drivers, so I know how talented the competition is, and how challenging this specific racetrack is, but at the same time it’s a really exciting challenge and something that has been on my target list for a long time.

“Excited and scared, I think those are two good words, excited and scared go hand in hand with Mt Panorama. It’s a really high-speed and high-commitment track with a lot of blind corners, circuit knowledge is really key there, so the fact that I don’t have any will make it really interesting.”

Hinchcliffe says that while he has previous experience in a Supercar, the test days will prove vital in getting himself and Rossi up to speed.

“Having done an event with them some years ago, I think I’ll maybe get a little bit more comfortable shifting with my left hand a little bit quicker than Alex maybe, but it was quite some time ago and I think a lot has changed with the cars since then,” Hinchcliffe said.

“It will be a learning curve for both of us but the test days will give us enough time to get a little bit comfortable with the cars before we have to go learn one of the most daunting tracks in motorsport.”

WAU will continue to run their regular entries in the Enduro Cup with Scott Pye and Warren Luff in the #2, scoring podium results in the last two years, and with James Courtney and Jack Perkins teaming up for a fifth season.