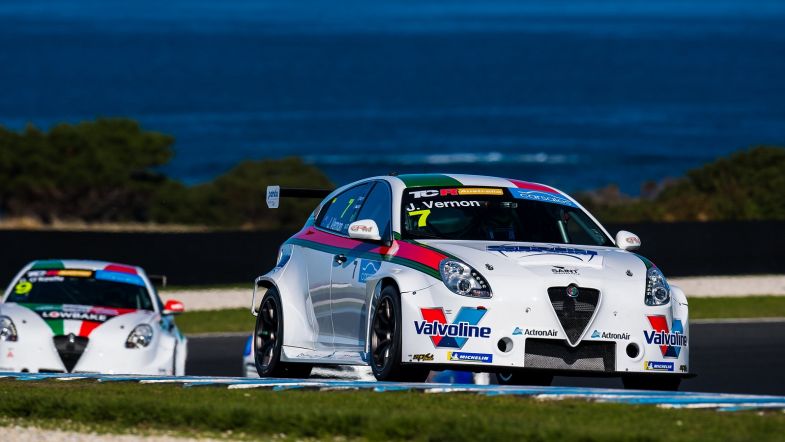 Jimmy Vernon is now without a permanent drive in the TCR Australia series after it was announced today that the former 86 Racing Series champion is departing Garry Rogers Motorsport.

Hired by GRM ahead of the inaugural TCR Australia season, Vernon’s year started poorly as he suffered at least one DNF in every round, culminating in a DNF and DNS at The Bend.

Ahead of the round at Queensland Raceway, GRM decided to rest the young driver and give him time to clear his head, drafting in Jordan Cox to take the wheel of the Alfa Romeo Giulietta Veloce instead and taking two top five finishes.

Vernon’s management issued a statement saying the decision is mutual between the driver and team, with Vernon wanting to focus on securing a drive in next year’s championship.

Garry Rogers Motorsport is currently in the championship battle with Dylan O’Keeffe sitting second in the title race, taking four wins this season and only 55 points down on Will Brown in the HMO Customer Racing Hyundai i30 N TCR.