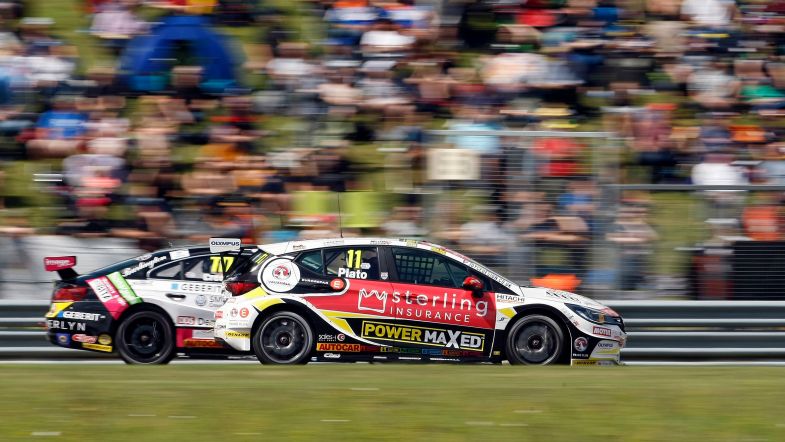 Jason Plato and Aiden Moffat were both hit with penalties following the latest rounds of the British Touring Car Championship season at Thruxton.

Power Maxed Racing’s Plato was penalised with an official reprimand and two penalty points for making contact with the Honda of Chris Smiley in race two, with the two clashing as Plato tried to continue his recovery up the order after a drive through penalty in race one.

Aiden Moffat was also penalised with a verbal warning for a clash with Senna Proctor that saw the Team BMR man suffer a high-speed spin at Noble.

One other penalty was handed out, with Matt Simpson given a verbal warning for a clash with Proctor on the final race of the previous meeting at Snetterton, with the investigation into the incident having been carried over to the Thruxton weekend.