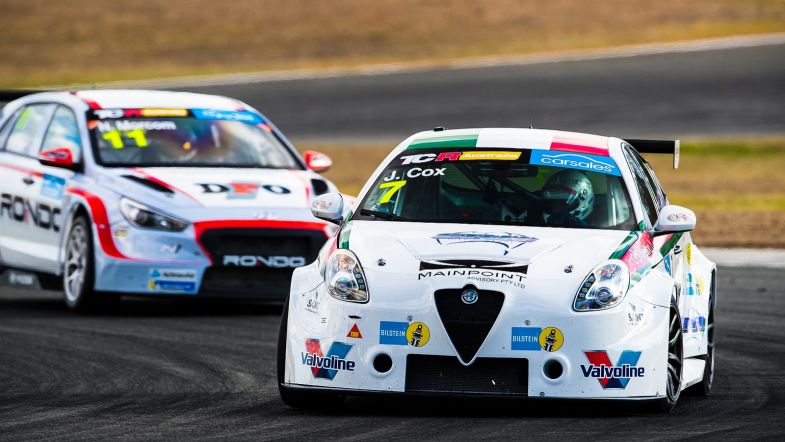 Jordan Cox to see out TCR Australia season with GRM

Garry Rogers Motorsport has announced that stand-in driver Jordan Cox will stay with the Melbourne based squad for the remainder of the 2019 TCR Australia series season.

Cox will replace Jimmy Vernon who split from the team last week after struggling at the start of the season to get his campaign off the ground.

After making his debut in TCR Australia at The Bend driving for Wall Racing in a Honda Civic Type R, Cox got the call up to replace the sidelined Vernon at Queensland Raceway in the Alfa Romeo Guilietta Veloce, finishing in fifth twice at the Ipswich venue.

From being just an internet star a few months ago to now having a full-time drive in the emerging series, Cox says the opportunity is one of his biggest so far.

“It’s one of the biggest opportunities I’ve had in my career. It’s great to be in a position where I can solely focus on driving the car and achieving the results,” said Jordan Cox.

“The team and I really gelled well. GRM is a hard working team and it was terrific to be involved with them.

“My sponsor group is really excited to be part of the GRM team and the Alfa Romeo, which has proven to be a great car.”

GRM team manager Barry Rogers says the team is pleased to have Cox on board for the rest of the year and for the young star to be a part of the team.

“We have been impressed with his ability over the years, watching him in Improved Production, so it’s great to confirm that Jordan will be with us for the rest of the season,” said Barry Rogers.

“Our engineers have been impressed with his work ethic. He is a mature young guy and is very hands on.

“His knowledge and enthusiasm is something that fits into the GRM mould. There was no doubt about his ability, and he clearly wants to succeed in the sport.”