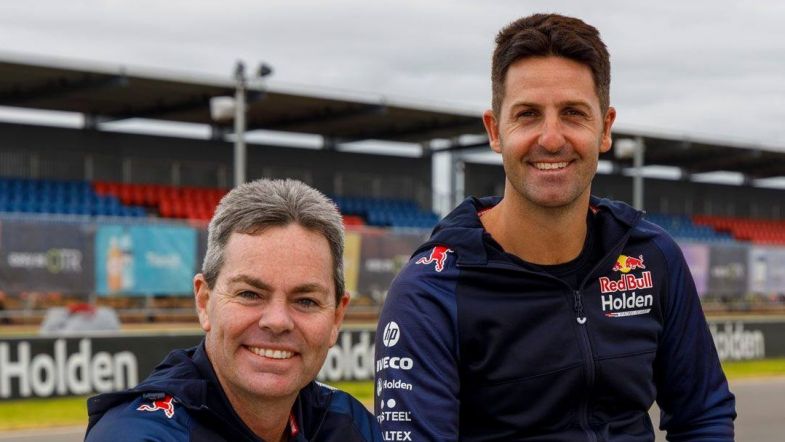 Craig Lowndes will remain a part of the Triple Eight Race Engineering fold after it was announced today that the fan-favourite driver will stick with the team until at least 2021.

After stepping down from his role as a full-time driver for the team at the end of 2018, Lowndes has taken up the space of being a co-driver for Jamie Whincup in this year’s endurance series, starting at the Bathurst 1000 in October.

As a winner of seven races at Mount Panorama, and six with Triple Eight, Lowndes’ signature was going to be hot property as his contract with the team was set to expire at the end of this season though continuity will be the key for the most successful team in Supercars history moving forwards.

Lowndes joined the team when it was in its Australian infancy in 2005, helping the squad rise to become the team to beat over the last decade with Whincup taking seven championships since 2008.

The contract extension means Lowndes has the opportunity to match or even beat the record of nine Bathurst 1000 victories currently held by his late mentor, Peter Brock.

Speaking on the Supercars Trackside programme, Lowndes said it’s good to remain with the team he has been a part of for over a decade.

“I’ve put pen to paper with Triple Eight and have signed on for another two years as a co-driver,” he said.

“For me it’s great, it’s nice to know where the next couple of years are going to be.

“Whether it’s with Jamie or someone else in the garage next door, for me I’m just excited to be part of the team.”

Lowndes and Whincup will combine in this year’s Bathurst 1000 aboard car #888, taking on the number which carried them to three successive victories in The Great Race across 2006-2008.