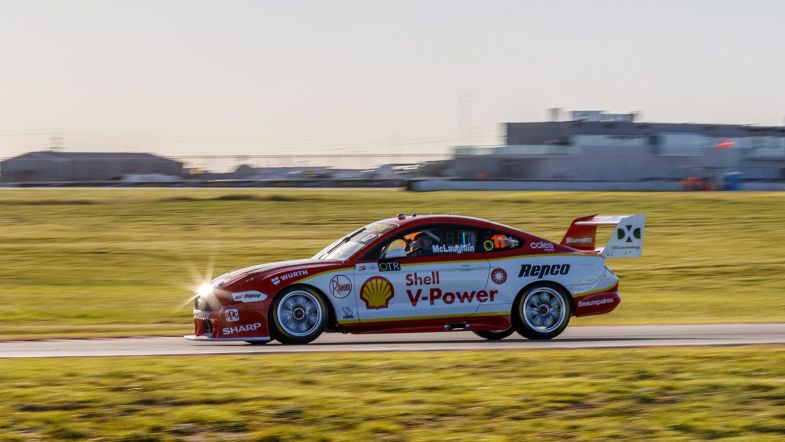 Scott McLaughlin: “Preparation behind 2019 fightback at The Bend”

Race 21 winner Scott McLaughlin has said that an increased level of personal preparation over the past twelve months helped him to fight back at The Bend this year, recording his 15th victory of the season in the process.

The defending series champion took his DJR Team Penske Mustang to a race win from the front row of the grid in Saturday’s race, bouncing back from a poor round at the South Australian venue last year that saw him post a season-low round points total with finishes of sixth and tenth.

McLaughlin says that the relatively poor results of last year at the venue were a driving factor to increase his work load in the lead up to this year’s round.

“I’ve circled this event; last year I had a busted neck, I was a bit sore with the long sweeping corners so I’ve been training hard all year,” McLaughlin said post-race.

“Fitness-wise I’ve been on it, I’ve got a simulator at home now so I play around with it. It’s not this track but least I’m driving something, I’m in it every day.

The win came off the back of a good start off the line for McLaughlin, going up against the Tickford Racing car of Chaz Mostert into the first turn and coming out on top.

“I think the start was my best start all year when I got away I was able to clear Chaz,” he said.

“It had the perfect amount of slip and just kept going, going, going. Chaz got a pretty good one too and I just looked in my mirror when I cleared him. I never had wheelspin or bog; straight from the line-locker it just took off. I can’t see Chaz but I knew I’d got the jump because I could see him in my peripherals but once I got that going it was alright.”

McLaughlin will be looking to back up the win in tomorrow’s 200km race, starting at 1:40pm local time with practice and qualifying at 9am and 10:50am respectively. His championship lead is now extended to 514 points over team-mate Fabian Coulthard.