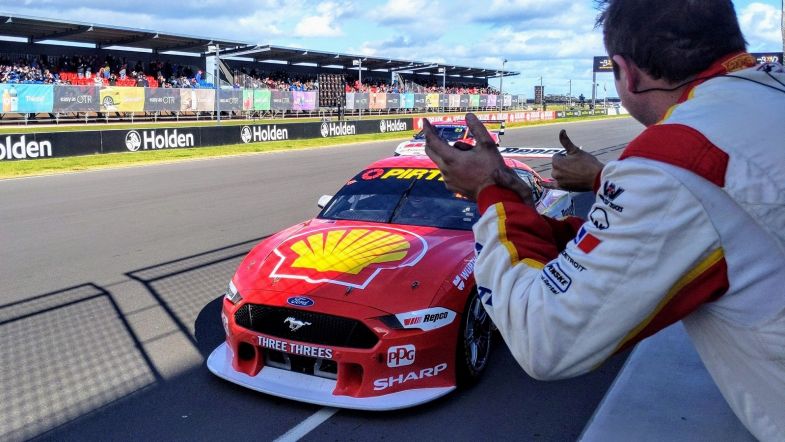 Race 21 at The Bend Motorsports Park saw championship leader Scott McLaughlin take his 16th victory of the Supercars Championship season, matching a record set by Craig Lowndes in his championship year of 1996.

For the DJR Team Penske driver, the win came off the back of a 14th pole position for the year, and redemption from a dud round at the circuit last season where he didn’t feature in the top five in either race.

After winning at least one race in every round since his home race at Pukekohe last year, McLaughlin spoke of his pride for the team’s efforts and what his 573 point gap in the championship means going forward.

“It’s a proud moment, we’ve worked hard to get to this point,” he said.

“You don’t think you can win to 16 races in a season but I’m proud of the effort. To reach that record, it’s a huge milestone that he did back in the day and I’m proud to replicate it in some way. Hopefully we can get a win at home and maybe beat it.

“(About the points gap) I think it eases in some ways but everyone knows the gap I’ve got so they’re going to be aggressive on me as well. I’ve got to have my wits about me and figure out if people will be more aggressive.

“I feel like we can go to a place like Bathurst where things can change in an instant and have that gap is a blessing. Certainly, just trying to push it on and build that; if I can have a 600 point gap going in to Bathurst I’ll be a happy boy.”

Reflecting on the race, McLaughlin said he respected the battle early on with Will Davison and Jamie Whincup in the opening laps, including going door-to-door with Whcinup around one of the track’s fastest corners.

“I got a little bit of wheelspin (from the start), it kind of half-bogged and I loaded it then it spun. Jamie got a blinder and Will was obviously pretty good but I thought ‘I’m third here’ so backed into it.”

“The difference when you race someone that’s experienced like him is you can race like that (Whincup), side-by-side around a really fast corner but I’m surprised he made that move (on Davison).

“I had the momentum and thought to have a crack at it; I couldn’t see him so tried to leave half a car length and I had trust in him.”

Now with a 573 point lead in the championship, McLaughlin is nearly two rounds clear of Chaz Mostert in second after DJR Team Penske team-mate Fabian Coulthard struggled over the round. With eight rounds remaining, the championship leader will be looking to hold on to complete his title defence.