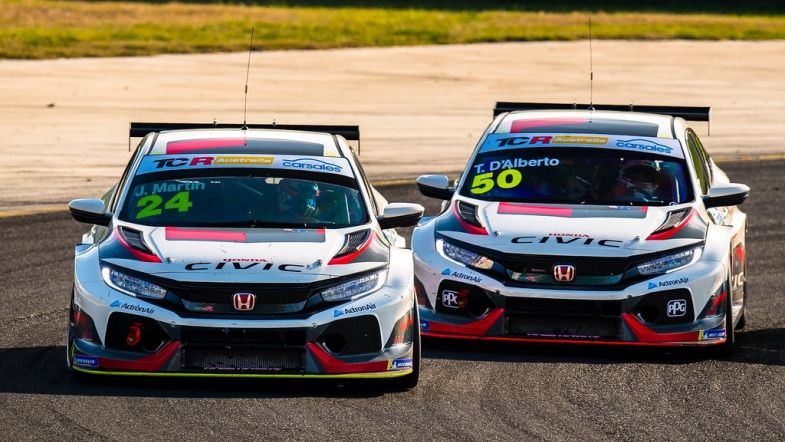 Testing with the team on Monday, it was confirmed that Brook will pilot the team’s #38 Honda Civic Type R TCR at this weekend’s round at Winton Raceway.

Speaking ahead of his first racing weekend in the category, Brook says that the opportunity to race for Wall Racing will be a challenge but a learning experience in his relatively short career.

“This is a hugely exciting opportunity for me,” said Brook.

“We were set to test the car on Monday as we looked to evaluate what we do next year, and never in our wildest dreams thought we’d have a chance to actually race!

“Because it’s all come so late I think we can go into the weekend with no expectations and just use it as a learning experience.

“I’ve driven a lot of race cars, but never something front wheel drive, so it’s going to be a challenge for sure but one I’m really looking forward to.

“Wall Racing are a great team, they’re race winners already in TCR Australia, so I know I’m in great hands.”

As he looks to move on from the Toyota 86 Racing Series at the end of 2019, Brook says the chance to take part in a TCR round will help him make a decision regarding his 2020 racing campaign.

“The Toyota 86 series has been good to us over the last couple of years, and I’ve got far more out of it than I could have ever hoped,” said Brook.

“But the time has come to look at what we do next, and when the opportunity came up to test a TCR car it was a bit of a no brainer.

“Things then developed a bit further than that, so hopefully this is the start of something really exciting for us!”

Condensed to a two-day round, the Winton round of TCR Australia starts on Saturday.