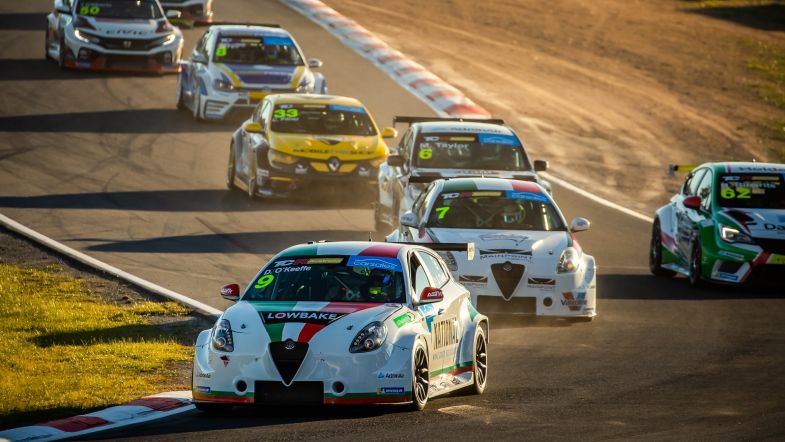 Coming home in third place behind his championship rival Will Brown, O’Keeffe said the car was dangerous to drive and that he was fortunate to make it to the end in a race of high attrition.

“At the moment it’s all about the championship; not ideal that we finished behind Will (Brown) but we’re having some in-house issues with the braking,” O’Keeffe said.

“At Queensland Raceway it was the rotors and now at the moment it feels like the pedal box; I just can’t stop the car, it feels so dangerous so I’m glad to make it to the finish of that one.”

With Brown suffering dramas throughout the race but still finishing ahead of O’Keeffe, the ASM Alfa Romeo driver slips further behind the championship leader in the title race but still has a solid purchase on second spot on the leaderboard.

“It was super tough, I just had to keep composed. It’s one of the hardest races I’ve done, even in qualifying we had a few issues and I thought bleeding the brakes would fix that but it turns out it doesn’t. We’ll have a good look at it and sort it for tomorrow,” said O’Keeffe.