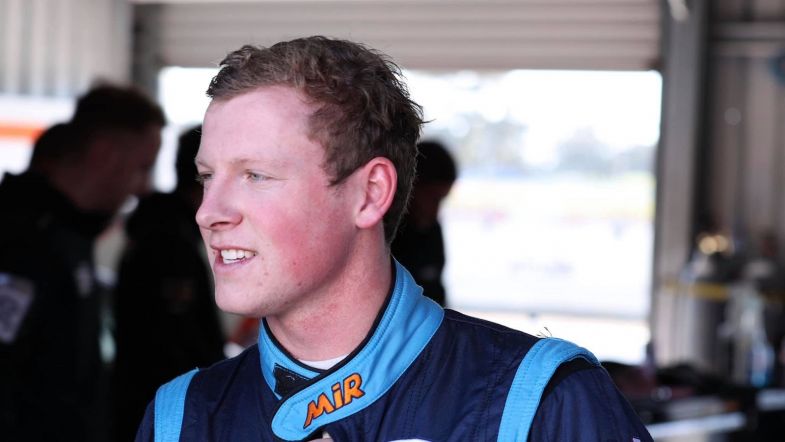 Will Brown takes his first pole position in Winton qualifying

Will Brown has taken a Saturday morning sweep at the TCR Australia series round at Winton Motor Raceway, heading up both practice and qualifying to take his first pole of 2019.

The HMO Customer Racing driver was able to put his Hyundai i30 N TCR on pole position with the fastest lap set well before the end of the session, saving tyres for this afternoon’s race.

A slow start to qualifying saw the first few minutes used as installation laps after the morning’s earlier 50 minute practice session which was headed up by Brown in the i30 N TCR, setting a 1:25.148 in the early morning hit-out.

Brown eclipsed his earlier practice time just on the ten minute mark, being the first driver to go below a 1:25 with a 1:24.609, over six-tenths of a second clear of the next car early on in qualifying. Brown’s time stuck at the top of the timesheets past the half-way point of the session despite the Wall Racing Honda Civic Type R TCR of John Martin going to a very close second and Brown’s HMO Customer Racing team-mate Nathan Morcom slotting into third.

The bar for pole was lowered again by Brown with ten minutes left to run as he posted a 1:24.098, going half a second faster than his first flying lap and now enjoying a margin of nearly two-tenths over Martin’s Honda. Championship contender Dylan O’Keeffe put the Ashley Seward Motorsport Alfa Romeo Giulietta TCR up into second place but still half a second down on Brown with a few minutes remaining.

A late session blast saw Andre Heimgartner put the Holden Astra TCR up to second, just two-tenths away from the leader in the Kelly Racing entry as Martin missed out on the second grid spot by just one thousandth of a second. O’Keeffe wasn’t able to make the best of a clear run at the end and had to make do with fourth place, lining up on the second row of the grid for the race.

After getting up into the top four briefly, Tony D’Alberto ended the session in fifth in the second Wall Racing Honda, lining up alongside Jason Bright’s Matt Stone Racing Volkswagen Golf GTI TCR in sixth place. Another Golf lined up a row behind with Aaron Cameron in the Melbourne Performace Centre entry taking seventh on the grid, just ahead of the HMO Customer Racing car of Nathan Morcom.

Today’s 30 minute race will begin at 2:15pm local time as Brown looks to extend his championship lead and claw back the buffer he lost at Queensland Raceway.