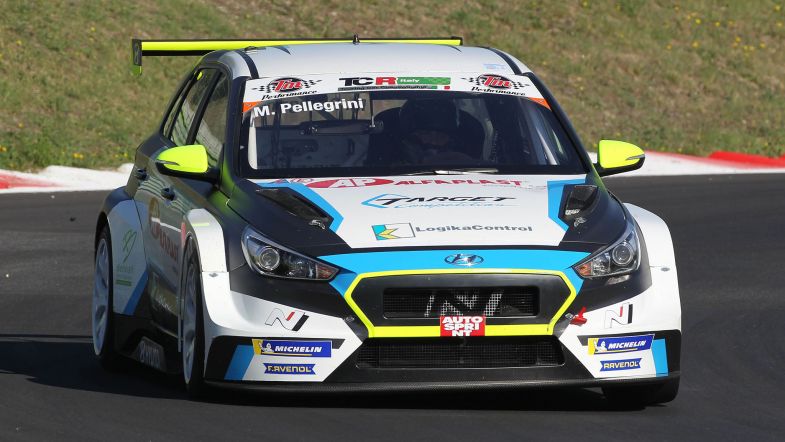 Target Competition’s Marco Pellegrini took his first pole position of the TCR Italy season at Vallelunga after a tough fight with Max Mugelli.

Pellegrini and Mugelli alternated at the top spot until the chequered flag, but it was the Hyundai driver who would prevail with a lap time of 1:40.298, four-tenths faster than his Alfa Romeo.

Pit Lane Competizioni’s Enrico Bettera was third in his Audi, half a second off the pace, with Scuderia del Girasole’s Matteo Greco the leading Cupra driver in fourth.

Andrea Argenti, with an Opel Astra TCR from S.I. Racing Team, qualified in eighth place, taking pole position for Race 2 thanks to the reverse grid rule.