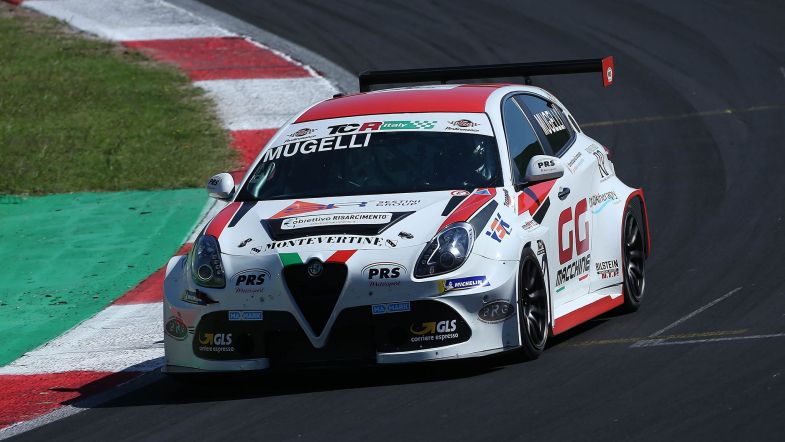 Pellegrini suffered a front-right tyre puncture, with the Target Competition driver coming to the pits for a change three laps into the race.

Half way through the 25-minute race Bettera managed to overtake Mugelli for the lead, with the Alfa Romeo driver retaking the lead again a lap later after the Pit Lane Competizioni driver went wide. The fight between the leading duo allowed Guidetti to make it a trio.

Bettera made another mistake and went wide, losing second place to Greco. The Audi driver then came under fire from Guidetti, who overtook him for third place.

At the chequered flag, Mugelli claimed victory by a margin of close to five seconds ahead of Greco and with Guidetti completing the podium, a further four seconds behind.

The start of Race 2 is scheduled for Sunday morning at 09:20 CEST.