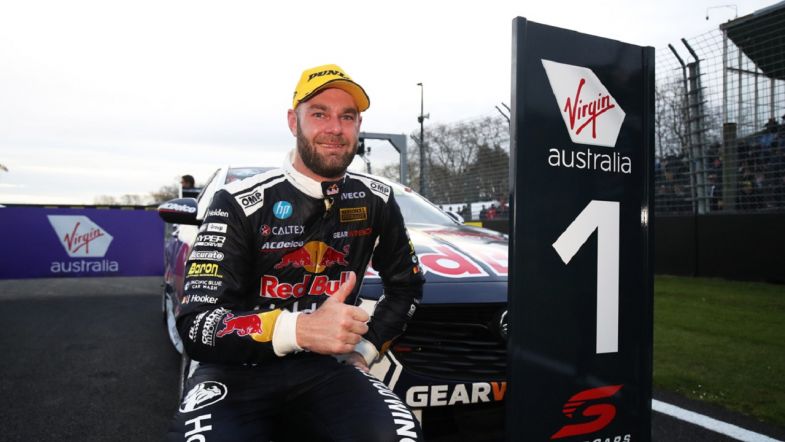 Shane van Gisbergen: “Downforce needs to go down, not up for better racing”

Race 23 winner Shane van Gisbergen has said that the Supercars Championship is going the wrong way to ensure parity by increasing the overall downforce across the field.

The Triple Eight Race Engineering racing driver stormed off to victory in the 200km outing from pole, making use of the newest aerodynamic changes to the Holden Commodore which were implemented coming into the round by Supercars.

Trying the bridge the gap between the Commodore, Nissan Altima and dominant Ford Mustang, the Holden teams were granted front and rear aero tweaks after last round at The Bend, increasing the overall downforce levels on the car.

Speaking after the race, van Gisbergen was pumped to win in front of his home crowd but lamented the parity changes which he believes is damaging the quality of racing in the series.

“The crowd, the atmosphere here and all the Kiwis;  you feel that and you’re pumped up,” he said.

“You can see it on the hill when you make a move. I was so fired up after qualifying and I knew in the race if I got off the line I’d be ok.

“There’s been changes to the car but it feels like it’s made a difference. Unfortunately with the downforce on the cars, you can’t race anymore. They’re too hard to follow, especially through the high speed corners.

“The downforce, instead of increasing, needs to come off all the cars because I feel like the racing’s suffered because of it. Selfishly, it’s good to be fast now but the racing’s not better.”

Van Gisbergen headed up a one-two finish for Triple Eight on the road ahead of team-mate Jamie Whincup who has an investigation hanging over his head thanks to an early race incident with Nick Percat’s Brad Jones Racing car.

While Whincup was out of sequence and streaked away into a large lead, van Gisbergen says he was worried about the initial threat from his team-mate in the final stints.

“Jamie was really fast in the middle, we were too heavy and got stuck behind a couple of cars but it worked out really good.

“I just wanted to win on track, I knew he was putting the pressure on at the start but again, I let my tyres come up and pulled away a bit.

“They put my setup on (Jamie’s car) after qualifying and it lit up his car but it was good he came up from 12th.”

Looking to defend his win and take out the Jason Richards Memorial Trophy for the second time, van Gisbergen will have to get himself into the top ten shootout after qualifying tomorrow if he wants to make a challenge in the race, starting at 12:10 local time.