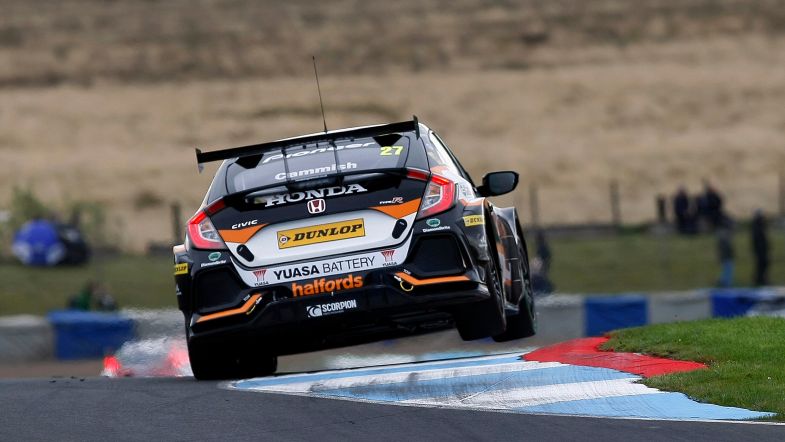 In a change to the norm, the soft compound Dunlop tyre is being used as the prime this weekend, with the medium tyre becoming the option that drivers must use in one of the three races.

Whilst pole sitter Butcher will stick with the soft tyre in race one as he looks to convert his Saturday dominance into a third win of the campaign, Team Dynamics rival Cammish will run the medium tyre – which is expected to be the slower of the two – in the opening race.

Cammish’s team-mate Matt Neal will also run the medium tyre at the first opportunity, as will the likes of Rob Collard, Mike Bushell and Josh Cook from further back down the grid.

Butcher is one of those drivers to be running the medium tyre in race two, alongside title contenders Colin Turkington and Andrew Jordan, with Tom Chilton amongst those to have elected to wait until race three.