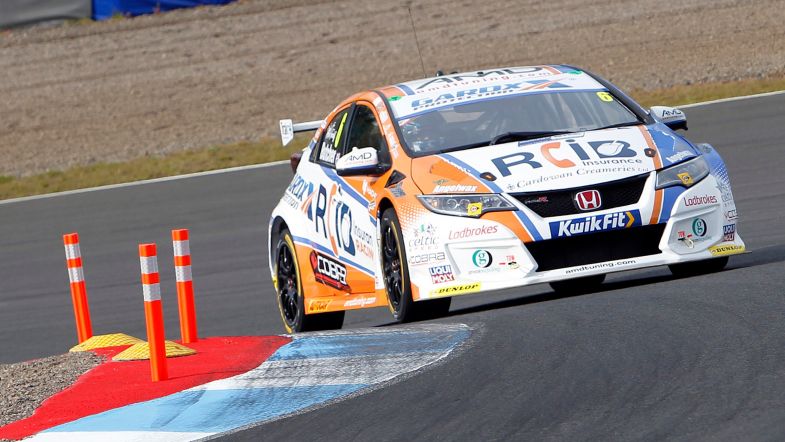 Rory Butcher has been hit with a grid penalty as a result of his incident with Colin Turkington in the second British Touring Car Championship race of the weekend at Knockhill.

The pair clashed whilst dicing for third place at McIntyres just after Turkington had managed to get ahead of the race one winner at the hairpin.

The end result was that Turkington was tipped into a spin that dropped him to the back of the field and left him unable to score – allowing Andrew Jordan to close to within four points of the lead with his sixth win of the year.

Butcher, who finished the race in third, was due to start the reverse grid third race from eighth but will instead line up down in 13th spot.