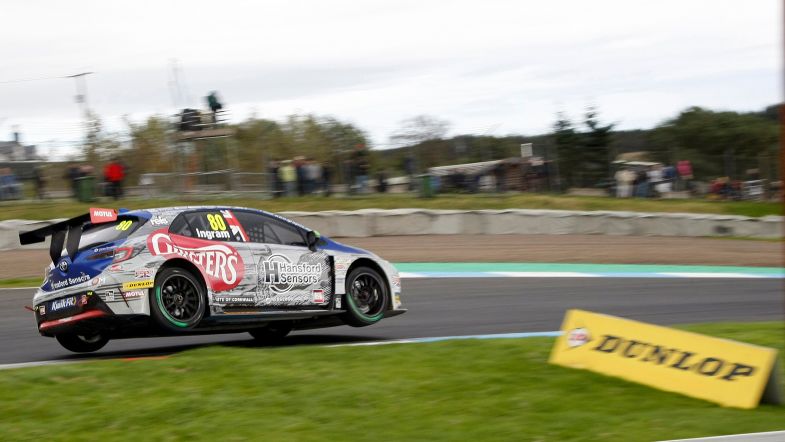 Tom Ingram confident after “step in the right direction”

Tom Ingram said he felt Speedworks had taken “another step in the right direction” after a solid weekend on track at Knockhill.

The Toyota driver moved into the top six in the BTCC standings on the back of a weekend where he secured three top ten finishes with the new Corolla as it appeared at the Scottish circuit for the first time.

It meant a solid haul of points that allowed him to make up two places in the standings, with Ingram confident about a strong end to the season.

“Knockhill was really positive for us,” he said. “It wasn’t a champagne weekend like Snetterton, but we were there-or-thereabouts and consistently improved the Corolla throughout. We hit the ground running in free practice – the car felt nicely-balanced from the outset – and we could just as easily have ended up fourth in qualifying rather than 11th. We were quite literally on the wrong end of a tenth-of-a-second in an insanely close session.

“Disappointing as that obviously was, we knew that pace-wise, we weren’t far away and races one and two both went to plan. We moved forward at a track where making up ground is never easy, and we were then particularly strong on the medium tyre in race three.

“We know there is more speed to be found when we return next year. Overall, the weekend represented another clear step in the right direction – and I’m confident we will be even more competitive at Silverstone and Brands Hatch.”