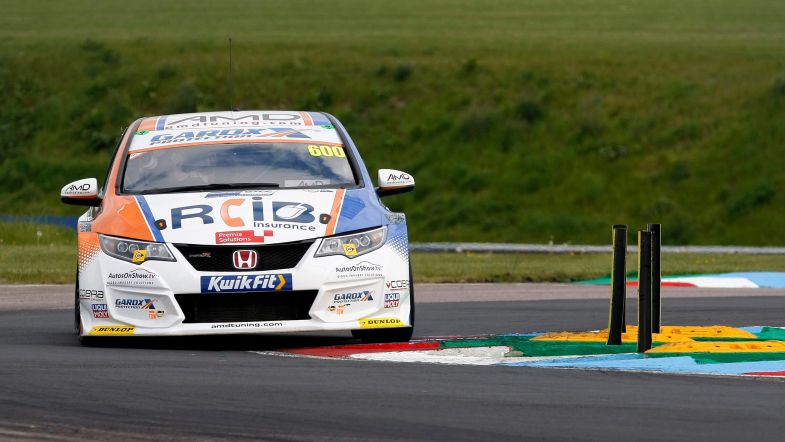 Cobra Sport AmD team boss Shaun Hollamby has praised Sam Tordoff for the part he has played in the team’s success in 2019 after confirmation that the former series runner-up won’t return to the BTCC this season.

Tordoff missed the last round of the campaign at Knockhill following the tragic death of his five-day old son Arlo, with Mike Bushell being asked to step in in his place for the Scottish race meeting.

Bushell will now continue at the wheel of the #21 Honda after Tordoff made the decision to sit out the remaining six races of the year, with Hollamby praising Tordoff for the job he had done this year.

“Sam’s involvement with the programme and the experience he has been able to bring from racing with some of the top teams in the series has been invaluable this year,” he said. “He has shown his undoubted speed and has been a key part of the success we have enjoyed, and certainly deserved more than the win he secured at Thruxton.

“Whilst it is unfortunate that his season has ended early, family must come first in these circumstances. His decision to sit out the final two rounds is one that is completely understandable, and he and Georgie remain firmly in our thoughts and have our ongoing support.

“After an unlucky weekend at Knockhill, I’m sure that Mike will do a good job on Sam’s behalf through the final two rounds and will be able to challenge for some strong points at both Silverstone and Brands Hatch.”

Bushell was unable to secure a race finish at Knockhill after running into a number of issues on race day, although he did manage to secure a new lap record in the second race of the weekend.

Heading into his second outing in the car, the 30-year-old will look to try and fight his way into the points, with the goal being to try and break into the top ten.

“Things are a bit more settled this time around as I have more time to prepare for fact that I’m going to be in the car again, and as a team, we have all had more time to come to terms with the circumstances that have led to me being back behind the wheel,” he said.

“Silverstone is a circuit where I’ve had some good results in the past, and I’d like to think we can go there and qualify out of the ‘danger zone’ where you can easily pick up some damage when racing in the pack – as was the case at Knockhill.

“We know that the Honda has been strong around Silverstone before and having been quite close to the pace in qualifying last time out with weight onboard, it would be great if I could push into the top ten next weekend.

“If I can then bring home at least one top ten from the three races then that would be great as this is a hard championship and I have to be realistic. I’ll be doing everything I can to help Rory [Butcher] with his title challenge, and trying to score as many points for the team as possible.”