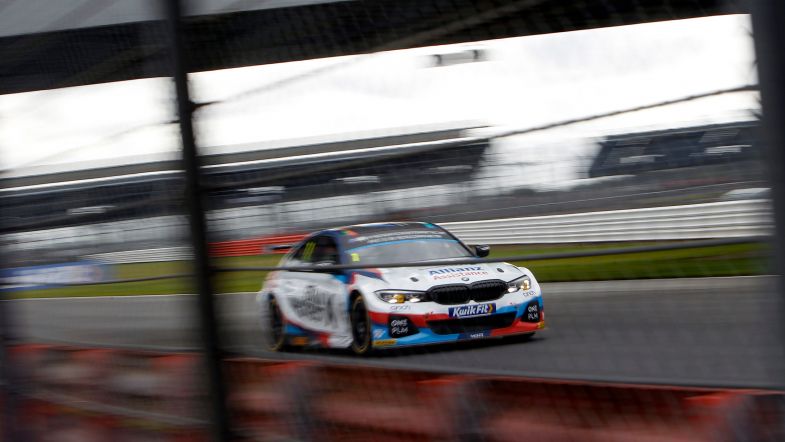 Colin Turkington extends advantage with one round to play

Colin Turkington has extended his lead in the BTCC standings after a dramatic weekend of racing at Silverstone.

The defending champion took a ten point lead into the weekend but looked set to lose his place at the head of the pack when he was tipped into a spin in race one, dropping him down outside the top 20 and well down on chief rivals Andrew Jordan and Dan Cammish.

The WSR man fought back to finish 14th by the time the chequered flag flew, and then stormed through to take an impressive second place in race two – extending his advantage in the process.

Turkington then came through to finish ahead of both Jordan and Cammish in tricky wet conditions in race three, meaning he will take a 16 point advantage into the season finale at Brands Hatch next month.

“I’m very pleased to leave with a bigger lead than I came here with,” he said. “When you get hit with this kind of variable weather, you know anything can happen, but we worked extremely hard together as a team to try and make sure we had what we needed to just keep getting the results.

“With the weight out of the car for race two, the BMW was an absolute weapon, but I had to pull myself together to get that podium. I know this means I’ll have to carry maximum success ballast to Brands Hatch, but I’d always rather have the points in the bag.

“The key is going to Brands with a chance and that’s the position I’m in. You only have to watch one race day to see how unpredictable the BTCC is. I’ll continue to work harder and I’m going to give it absolutely everything. It’s going to be an interesting finale.”