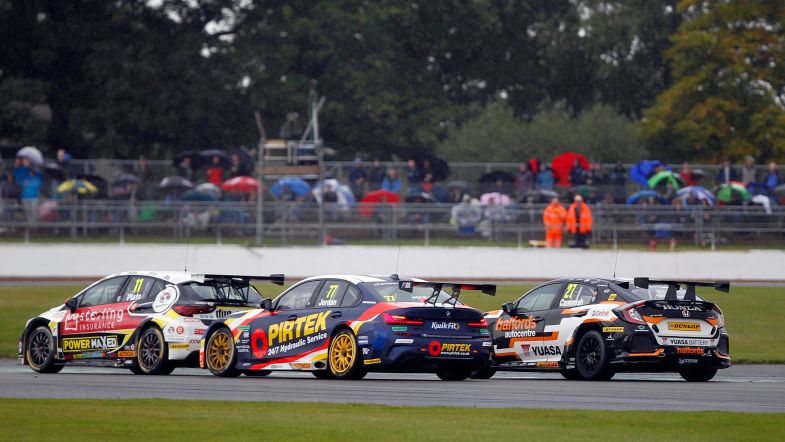 A total of six drivers have been handed penalties following the penultimate rounds of the BTCC season at Silverstone, with another three drivers facing potential action when further discussions take place over a number of incidents at Brands Hatch.

Andrew Jordan had 6.6s added to his race time for gaining an unfair advantage over Tom Chilton. BMW Pirtek Racing appealed the decision and the appeal was rejected.

Dan Cammish was fined £1,500 and handed three penalty points for an incident behind the safety car with Andrew Jordan. BMW Pirtek Racing appealed the decision not to penalise Cammish for overtaking under the safety car and the appeal was upheld, with Cammish then handed a verbal warning.

Four incidents in race three will be discussed at Brands Hatch involving the following drivers: