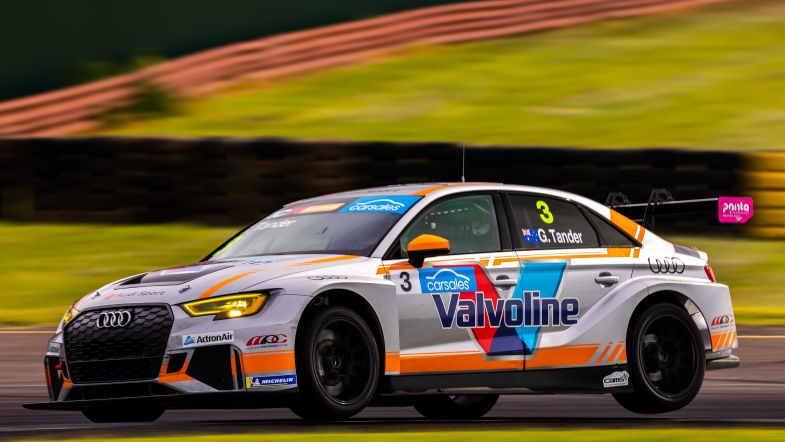 A fourth Audi RS 3 LMS is headed to the TCR Australia series for Melbourne Performance Centre and the team is hoping to run it in the season finale at the Bend.

“They’ll ship it this week, we’ll just decide whether we air freight it or sea freight it. It would be great to air freight it, to have it here for the last round, but we’ll wait and see how that pans out.”

The team is also running three Volkswagen Golf GTI TCRs in their role as the Volkswagen Group’s Australian motorsport agent.

“Got them I believe for the rest of the year we’ll run them and wait and see what happens,” Russell said.

“It’s sort of good to have three Volkswagens, three Audis. We’ll run them separate but together, if you like – all part of one team but two separate garages.”