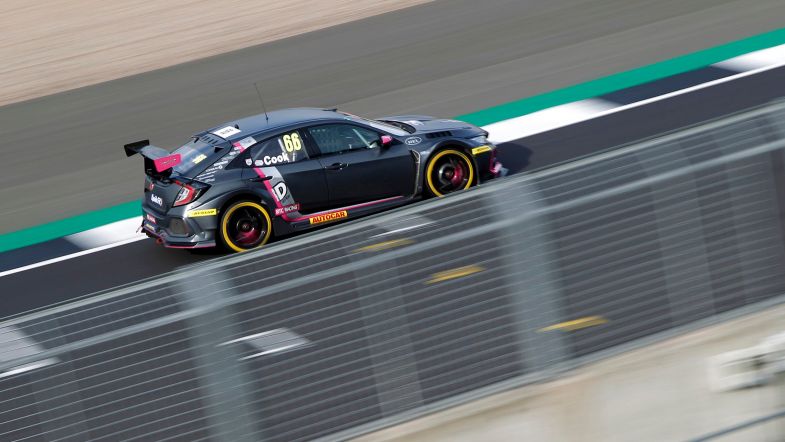 Josh Cook: “I’ve now got nothing to lose”

Josh Cook has vowed to come out fighting in the BTCC season finale at Brands Hatch after losing ground in the title race at Silverstone.

The BTC Racing man headed into the penultimate weekend of the campaign looking to try and close the gap to the three drivers ahead in the championship standings.

Having struggled in qualifying in recent events, Cook managed to secure a top ten starting slot for the opening race of the weekend, and a solid fourth place finish allowed him to outscore his rivals and close to within 19 points of the championship lead.

Cook was well placed to challenge for a podium finish in race two before contact from Matt Neal at Becketts saw him run wide and dropped him back down the order, although he recovered to fifth place at the finish.

However, a clash with Dan Cammish in tricky conditions as the pair battled on dry tyres in the wet final race saw Cook lose vital ground in the title race and means he will now go to Brands Hatch 34 points off leader Colin Turkington with 67 still available.

“We deserved more this weekend and I’m a bit gutted for the guys in the team that we haven’t taken more points from it,” he said. “We clawed back some points from the contact in race two and I was pleased with how I drove in race three before someone turned into me and broke my suspension.

“I needed the points from that race and I’m gutted that we didn’t get them, but there is nothing that I could have done in that situation.

“We’ll go to Brands Hatch with a chance of the title, and I wouldn’t want to be one of the three in front of me as it’ll be elbows out as far as I’m concerned. I have nothing to lose, am confident in the team and we’ll see what we can do.”