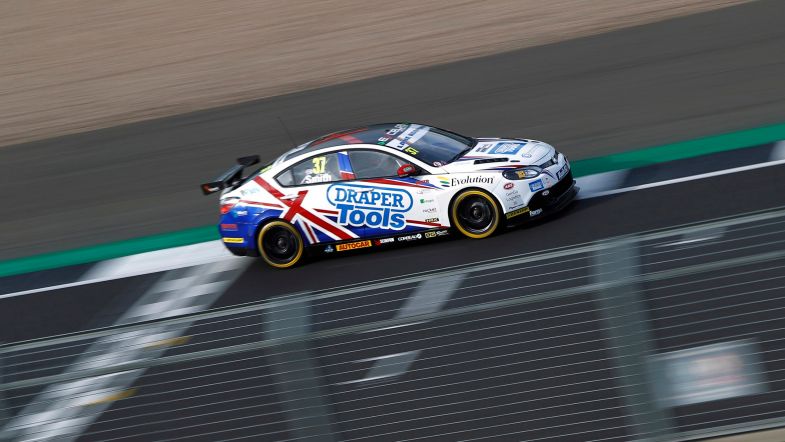 Rob Smith said he was thrilled to open his account in the British Touring Car Championship after bringing home a maiden points finish at Silverstone.

The Excelr8 Motorsport rookie had taken five top 20 finishes heading into the weekend at the wheel of his MG6 GT but hadn’t been able to secure a points finish; the only top 15 for the new team coming thanks to Sam Osborne at Snetterton.

It looked like points would pass Smith by again at Silverstone as the former MINI Challenge racer struggled to get the most out of the MG – with a pair of 22nd place finishes from the first two races.

However, Smith was one of those to gamble on a switch to wet tyres early in the final race and it proved to be an inspired call as he climbed through the field in the worsening conditions to end up 14th at the flag.

“It’s great to get the monkey off my back and take our first outright points in the BTCC, I’m really pleased with the pace we showed in the final race”, he said. “The conditions were changing a lot all the time, it was difficult to know who was on slicks and who was on wets as the guys on slicks were doing a good job to be fair.

“Our car was working well considering we had a dry set-up, if we’d pitted a lap sooner it would’ve been a masterstroke and we could easily have been in the top ten and higher.

“All in all I’m still lacking seat time in the wet, so I’m a bit more cautious than I naturally would be, but the points are great and it’s a good way to cap what was, until then, a bit of a frustrating weekend. Hopefully we can take this on to Brands Hatch.”