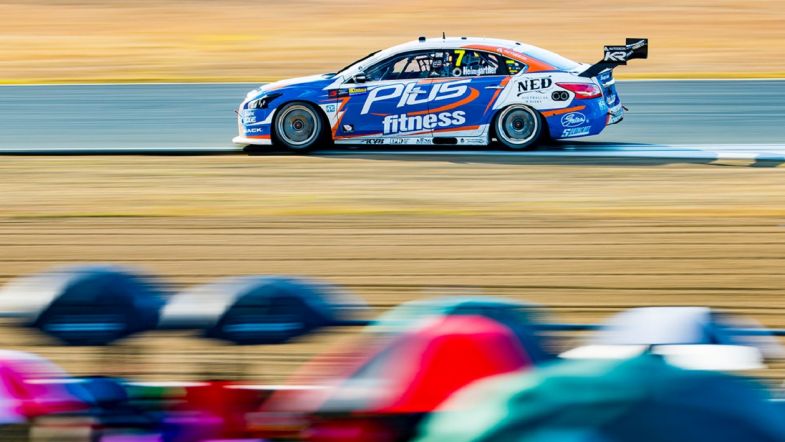 Further aero changes for Nissan ahead of Bathurst

The Kelly Racing-run Nissan Altimas will run with a revised aero package when the Supercars Championship heads for Bathurst next weekend for the blue riband event on the 2019 schedule.

A third tweak this season has been signed up by Supercars’ technical department in an attempt to reduce drag on the car, with an outboard bootlid extension – incorporating a continued gurney across the full width of the boot – being added to the car.

“The Supercars Technical Department received an application from Kelly Racing for an aerodynamic adjustment following the most recent event at Pukekohe,” Supercars’ head of motorsport Adrian Burgess said.

“Upon assessing the application and the information supplied, the Technical Department approved the submission as the delegated authority of the Supercars Commission.

“This adjustment will be in effect from the Supercheap Auto Bathurst 1000 onwards.”

Team owner Todd Kelly said he hoped the change would have an impact at Bathurst, even if the test at Winton showed little in the way of change from the previous package.

“There’s really nothing left in our cars,” he told the official Supercars website. “With that body shape and the way it’s been designed, it’s pretty much tapped out. In CFD there is a very small gain with the latest change, a slight amount less drag with the same downforce, but it’s absolutely splitting hairs in the CFD.

“At Winton, we did three back-to-back runs and we couldn’t tell the difference in driver feedback, lap time or the data. But given there’s a very small difference in CFD and it didn’t show up as anything negative at Winton, we’re quite keen to just bank it and hope that it shows up at 300km/h at Bathurst.