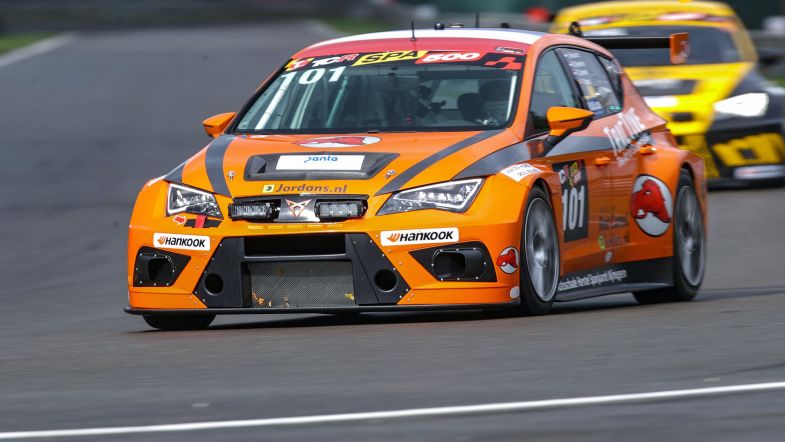 Pepe Oriola was behind the wheel of the Red Camel-Jordans.nl prepared Cupra TCR as the chequered flag dropped, claiming a superior victory of the 2019 TCR Spa 500 with co-drivers Tom Coronel, Rik Breukers and Ivo Breukers.

Oriola started the race for team Red Camel-Jordans.nl and claimed the lead early in the race. The DG Sport Compétition drivers tried to close the gap but ultimately lost out due to more frequent pit stops to refuel.

There were two incidents in the last part of the race. Alex Au went off at Blanchimont with two hours and 35 minutes left of the race, causing a Code 60 caution period.

The final Code 60 caution period came right at the end of the race as Peter Falhström of Lestrup Racing went off at Campus, causing major damage to their Volkswagen Golf GTI TCR, with 15 minutes left on the clock.

The field was let go with three minutes left and the chequered flag dropped after 23 hours, as the winning Cupra TCR of Red Camel-Jordans completed lap 454.

12 cars were classified of the 17-car field.