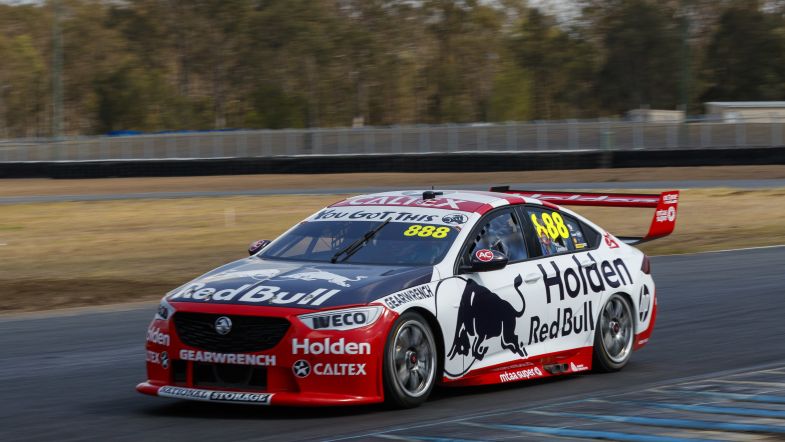 The Triple Eight Race Engineering super-duo of Jamie Whincup and Craig Lowndes have downplayed their program in this year’s Bathurst 1000 despite going second fastest at the end of Thursday practice.

Winners together in 2006, 2007 and 2008, the pair are teaming up for the first time together since 2009 with Lowndes coming into the race as the defending, and now seven-time, Bathurst champion.

Although Whincup posted a lap good enough for second fastest in Thursday’s third practice session, and his first under two minutes and four seconds around Mount Panorama, the seven-time series champion hasn’t played up their speed.

“In this era, the aero era, it’s good to do a 2:03; I wanted to get it in before we get all of our wings clipped,” he said, making reference to Supercars’ plan to reduce downforce from 2020.

“The car’s good, we stuck to our plan and executed it well.

“I did the silly thing and shot my mouth off five years ago by predicting what time we’d do and I was on for it but ran off at the last corner. Since that day, I don’t talk about times anymore, just do what the car can do.”

Lowndes said the combination of a faster track and changed cars year-on-year have led to the faster times but it’s unlikely that the 2:02 barrier will be broken.

“It’s fantastic, it’s a very quick track as we saw with the Porsche’s (Carrera Cup) earlier in the day and they were three seconds faster than last year,” Lowndes said.

“The circuit has evolved but the cars have as well, as Jamie said we stuck to our program and it’s fantastic this early in the weekend that the car is working really well.

With Whincup as the primary driver and Lowndes in the “B-driver” role for the first time since 1995, it’s likely that Whincup will qualify the car as wet weather looks to hit Bathurst tomorrow.