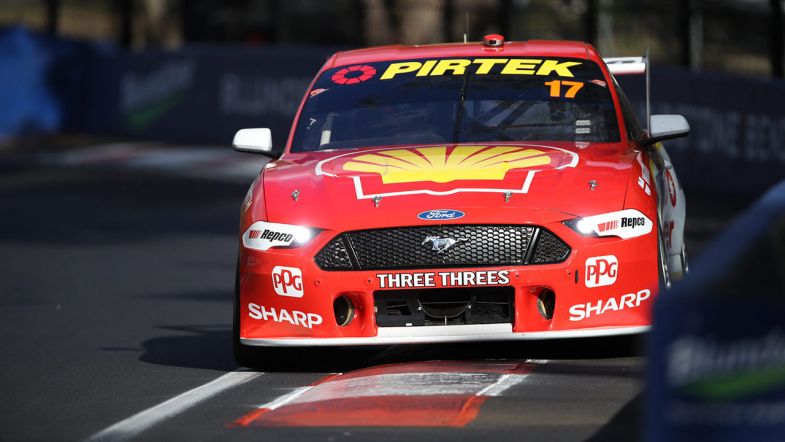 Thursday’s fastest drivers in practice for this weekend’s Bathurst 1000 Supercars Championship race weekend have said their cars do not feel too different to what they did before, after a raft of off-season and in-season changes have evolved the machines from their 2018 spec.

After posting the two quickest time of the session, both lap record holder Scott McLaughlin and 2018 provisional pole-sitter Jamie Whincup said the technical changes to their DJR Team Penske and Triple Eight Race Engineering machines respectively have resulted in no major change in feeling this year.

As Ford introduced the two-door Mustang this season after seeing off the four-door Falcon, changes have been made to the Blue Oval’s poster car as well as Holden’s Commodore ZB to ensure aerodynamic parity across the marques this year.

The raft of changes have increased downforce on the cars overall which, combined with the banning of twin-spring setups in favour of a linear spring, many thought might have changed how the cars make their lap times, especially around a fast track like Mount Panorama.

After eclipsing his qualifying lap record for 2017, McLaughlin said the cars feels similar while generating a near identical lap time.

“The car for me feels pretty much the same just over a lap time, it’s faster”, he said.

“You’re just carrying a bit more speed, with the overall feeling of the car in the understeer and oversteer that I’ve got and all that.

“Comparing my 2:03.8 (2017 pole lap record time) to today, it feels very similar just where you find your speed is interesting like up the top and down the hill. It’s hard to explain.”

Whincup echoed McLaughlin’s thoughts and said that while Triple Eight had often relied heavily on their twin-spring setup in previous years, the change hasn’t been as much of a problem at Bathurst.

“I’ll second that with the aero,” Whincup said.

“We used to run pretty linear (springs) anyway so minus the twin-springs and bump stops isn’t affecting us this weekend.”

With predictions of rain hitting the circuit tomorrow, it’s unlikely the record pace will be broken in Friday as practice kicks off at 08:25 in a co-drivers only session, followed by practice five at 1105 with qualifying getting underway to close the day for the Supercars championship at 16:00 local time.