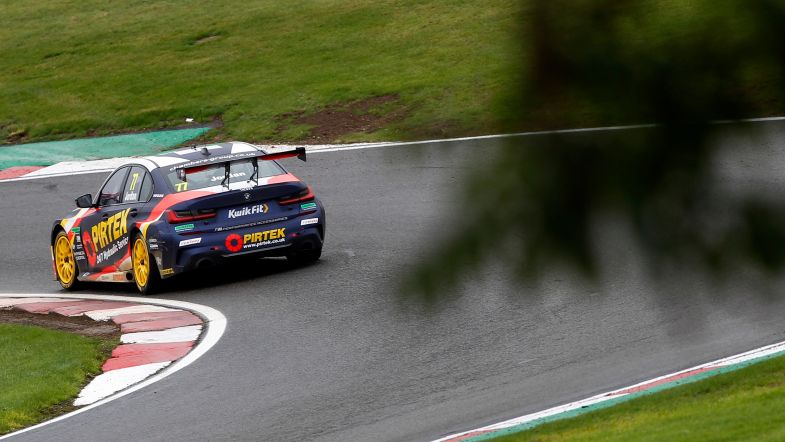 Andrew Jordan admits: “I screwed up”

Andrew Jordan admitted that he was at fault for the incident that saw him crash out of the final BTCC qualifying session of the season at Brands Hatch.

The West Surrey Racing driver had posted the fastest time during free practice, but was caught out by the heavier rain in qualifying and skated off into the barriers at Hawthorns – bringing out the second of two red flags in the session.

Whilst that meant he was stripped of his best time, Jordan’s second best lap was only a fraction of a second slower and meant he was still able to secure third on the grid for the opening race of the weekend.

Although that means he starts behind points leader Colin Turkington, Jordan is ahead of the remaining title contenders and said he was ready to push hard on race day.

“I screwed up,” he said. “I just locked a front and that was it as there was no room for error. Luckily I’d done two laps that were pretty much the same and even when I was sat in the car in the gravel, I knew that we’d still be okay.

“The car was on a bit of a knife edge in qualifying and we didn’t quite have the balance right; I wouldn’t have been able to get down to Colin’s time.

“We’ve seen today that anything can happen and I’m in the hunt for tomorrow. I need to give it everything.”