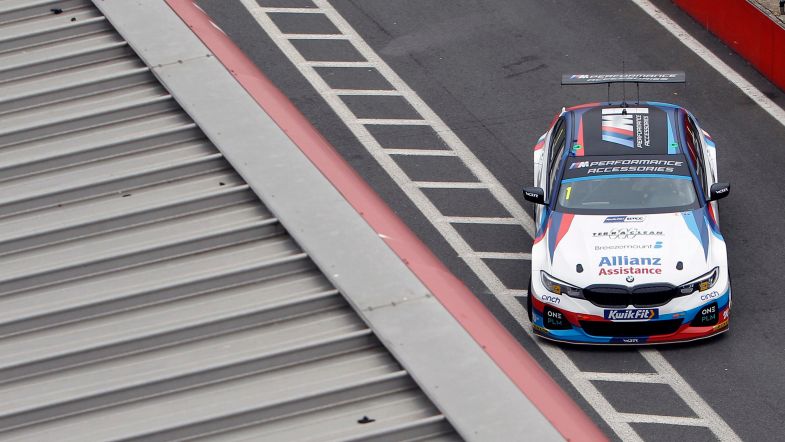 Colin Turkington topped the opening practice session of the BTCC season finale at Brands Hatch, although it was a session that ultimately provided little indication of what to expect from the final three races of the campaign.

Damp and greasy track conditions meant lap times were more than ten seconds off the expected pace, with drivers spending the first part of the session lapping on wet tyres before some elected to go out for a run on slicks late on.

Current points leader Turkington would be the man who ended up on top of the pile in his BMW with a buffer of just 0.030s over Dan Cammish, who goes into the weekend as his closest rival in the points.

Ash Sutton was third quickest in his Subaru Levorg with Aiden Moffat once again showing improved pace in the Laser Tools Racing Infiniti Q50 in fourth.

Stephen Jelley and Matt Simpson rounded out the top six.

Of the other title contenders, Andrew Jordan and Tom Ingram lapped inside the top ten, with Josh Cook in 13th spot. Cook ended up ahead of his rival for the Independent title Rory Butcher, with the Cobra Sport AmD man in 23rd.

The session would be briefly halted on two occasions, with Michael Crees and Michael Caine both going off into the gravel at Druids.