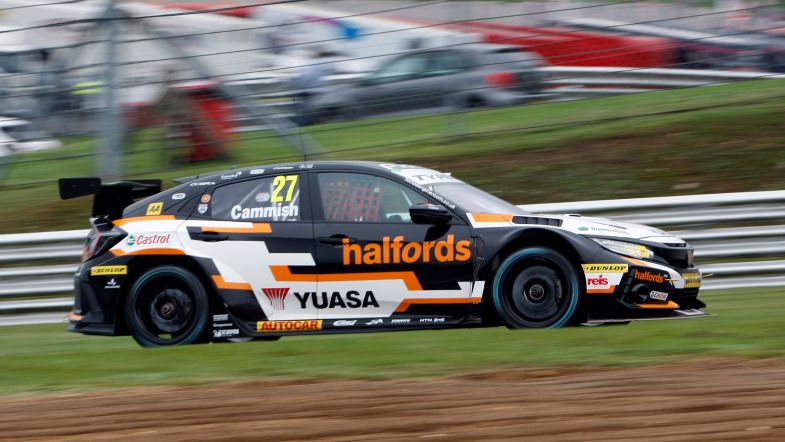 Dan Cammish: “I’ve got nothing to lose now”

Dan Cammish says he now has nothing to lose going into the final rounds of the BTCC season after a difficult qualifying session at Brands Hatch left him with work to do on race day.

The Team Dynamics driver could only manage twelfth on the grid after a tricky wet qualifying session, and slipped to 17 points behind Colin Turkington after the Team BMW driver secured an additional bonus point for pole.

Cammish admitted that the conditions in qualifying had worked against him – with the FK8 Honda Civic having showed solid pace in practice earlier in the morning – but also insisted that the BMWs would have been unbeatable in the session regardless.

“I’m massively disappointed,” he said. “We had a strong car in the damp but it was a lot wetter in qualifying and we had no rear grip; I couldn’t stop it from wanting to spin and it felt like I was driving on ice.

“It took time to make the changes to settle it down, and we only sorted it during the final stoppage. I made a mistake and dropped it wide, and then I was in the pack during the final flurry and was caught in traffic.

“In a way, I’ve only got myself to blame on that one and I wish I’d had the car we finished the session with at the start as we could have done a lot better. I don;t think anyone would have beaten the BMWs today and for me now, it’s all about coming through as best I can – I have nothing to lose.”