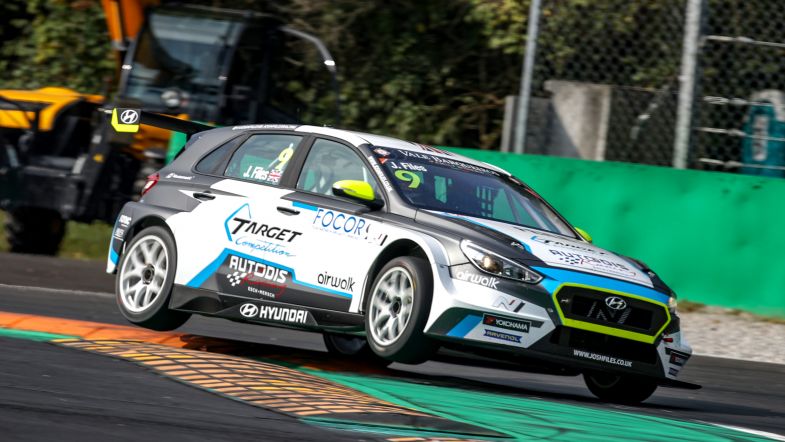 TCR Europe series points leader Josh Files says the pace advantage of the Peugeots in qualifying was “ridiculous” after only managing ninth on the grid for Race 1 at Monza.

Files had ended Friday practice with the third fastest time in both sessions, and had hopes of securing points after qualifying.

But the Target Competition Hyundai i30 N TCR driver struggled to make it through to the second segment,  and only managed a best time which was over a second off the pace of pole-sitter and title rival Julien Briché.

“I have to take pleasure at being the fastest Hyundai and it’s great that Andreas was in Q2 as well, and we were the quickest ones. We also showed that the slipstreaming worked, thank God!” said Files to TouringCarTimes.

“We managed to help each other again in Q2 and it just wasn’t enough which was unfortunate. I honestly don’t understand the swing in times, but it’s not just a little, it’s quite ridiculous really.

“We had new tyres yesterday and we’ve lost a little bit of speed, but we just put that down to track conditions. So if we’ve lost speed, we would have expected everyone to have lost some speed as well.

“And yet, they’ve all seemed to have found a second and a half.”

Files says that his lap timer in his car wasn’t working during the first segment, in which the British driver languished in 20th place for most of the session. However, he was able to put in a quick lap towards the end, which secured the place in Q2.

“To be honest, my lap timer wasn’t working in the car, so I had no idea if I was going fast enough. When the team told me I was in 20th, I knew we had to do something.

“I was a bit nervous, but I just managed to squeeze everything out of the car as possible and got a bit of a tow. That was enough to make it through too Q2. So yeah, we were on the absolute limit.”