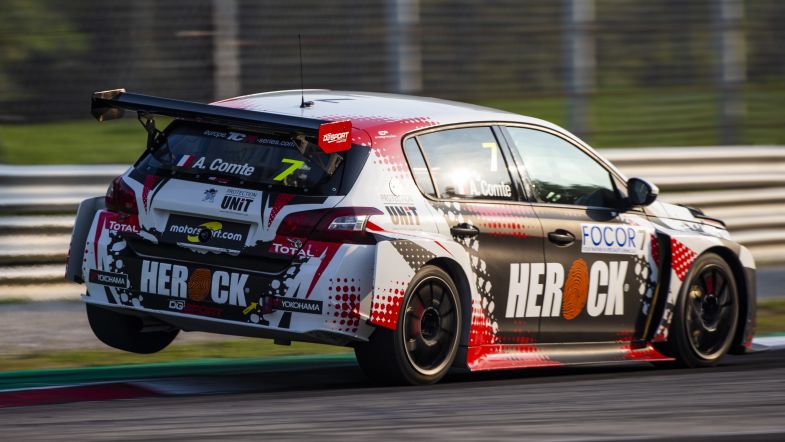 The pair had been disputing third place towards the end of the race, when they went side-by-side under braking for the first chicane.

Comte cut the corner and rejoined still alongside Lloyd, before making the move stick for third at the second chicane. The Frenchman was subsequently handed a 10-second penalty for not letting Lloyd back in front in the first instance, something he labelled as “unfair”.

“I found the penalty really unfair to be honest. For me, he protected his position well under braking for the corner and he moved a little bit as we went into it,” Comte told TouringCarTimes.

“We were side-by-side going into the corner and side-by-side exiting, so I don’t see the advantage gained for me.

“I don’t understand why I had to give back the position, he moved in the braking zone which you are not allowed to do. Because he did that, I had to cut the chicane.”

For Lloyd’s part, he disagreed and said he was happy that the penalty was awarded before the end of the race, which allowed the British driver to stand on the podium.

“In the end, one person cut the chicane and the other one didn’t. It doesn’t matter where you are. I think he’s clutching at straws there,” Lloyd told TouringCarTimes.

“It was good that the championship acted quickly and return the place before the podium. It’s a shame he cut the chicane and didn’t give the position back as he probably could have had another go at me on the last lap.”