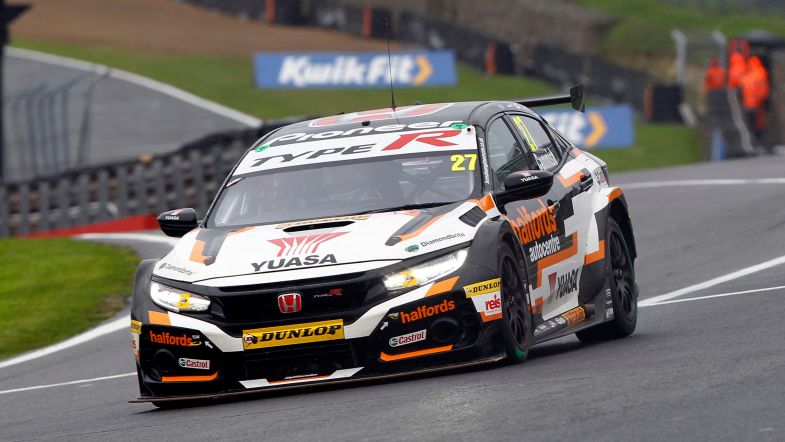 Dan Cammish: “We did every lap, except the ones that mattered…”

Dan Cammish admitted that he had been left feeling empty after missing out on a maiden BTCC title in the most dramatic of circumstances during the final race of the season at Brands Hatch.

Having gone into the season finale chasing Colin Turkington in the standings, Cammish secured a fine win in race one to close the gap at the front, and then moved into the points lead in race two after a clash between team-mate Matt Neal and Turkington meant the BMW man didn’t score.

Eight points clear heading into race three, Cammish was on course for the title even when Turkington rocketed through the field to get ahead of him in the closing stages only to suffer brake failure with less than two laps to go going into Hawthorn.

The end result was a heavy off into the barriers, with Cammish left watching on from the sidelines as Turkington secured the points he needed to take the title by just two points, with Andrew Jordan also edging ahead to take second by virtue of winning more races.

“It hasn’t sunk in and I don’t think it will,” he told TouringCarTimes. “I feel numb at the moment; it’s like being in shock. The impact knocked the wind from me but I haven’t cried and I haven’t shouted – I’m just empty. We’ve done every lap this season, except the final one and a half that really mattered.

“I went to bed last night and I thought it would be great to end the year on the podium and that was the aim, as P3 in this championship is no easy feat. To lose out to brake failure is a cruel way for it to end but I know I didn’t make a mistake and lady luck just wasn’t on my side. The brakes were fading but when they went, I had to put the car sideways and I’m glad I went in backwards rather than forwards as it was a big hit.”

Despite the disappointment of missing out on the title, Cammish said he was proud of the way his season had panned out and vowed that Dynamics would look to come back stronger in 2020.

“The BMW has been the quickest car all year and whilst people can say what they want and write what they want about it, I’ve been behind it all season,” he said. “Would another car have come from 25th to do that, I’m not sure, but Colin has shown himself to be a worthy champion. I’m proud to have taken it so close, and to have been a thorn in their side all season.

“This will be tough to get over but that is how it is, and we just have to regroup. We’ll all work hard over the winter to improve and we’ll come back next year and see if we can do better.”