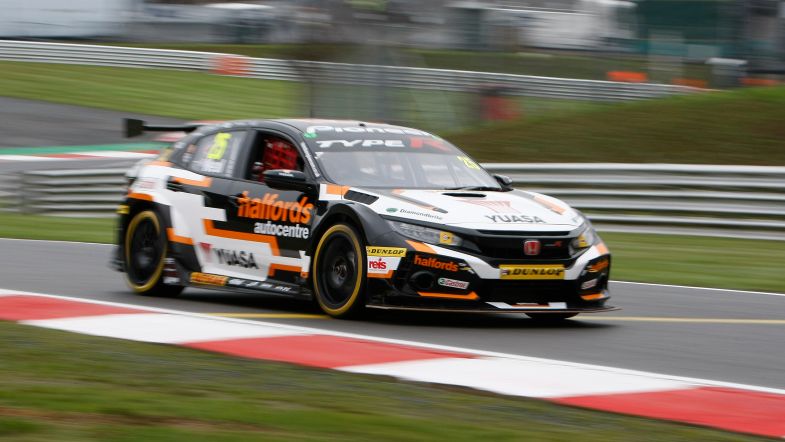 Matt Neal has been handed a five place grid penalty for his clash with Colin Turkington in the second BTCC race of the weekend at Brands Hatch.

The pair made contact at Graham Hill Bend on the opening lap of the race, with Turkington spinning to the back of the field as a result.

The BMW driver was unable to fight back into the points as Neal’s team-mate Dan Cammish secured a podium finish to move into the championship lead with one race still to come.

Turkington was clearly angered by the incident afterwards, slamming what he thought was a ‘professional foul’ by his rival.

“I’m really frustrated that a full season’s work has been taken away in one moment,” he told ITV after the race. “Matt is one of the guys you have a bit more trust with. I thought he’d have respected where I was a bit more. If it was a Honda and not a BMW would he have hit the Honda?

“It takes me out of the championship and it’s extremely selfish on his behalf. I don’t know what excuse he’ll bring to the table but it was lap one, in the wet; he could have held the brake a bit more. The feedback from the team is that he came from a long way back and hit me up the rear. I’m sure when he saw me up front and behind Dan, he was pretty keen to reverse the situation. If it was a Honda, I bet he wouldn’t have hit it. A BMW’s a far easier target.”

Neal himself insisted there was no malice in the move and that Turkington had turned across the front of his car, although steward found the Team Dynamics man to be at fault – handing down a five place grid penalty for race three and handing him three points on his licence.

“I didn’t see anything wrong,” he said. “I was down his inside and he just turned across me.

“There’s no malice between us. I am respectful. If I wanted to do Colin, I would have in the first race. He left the door open, I put my car inside, and he turned across. I can’t see anything more than that.”