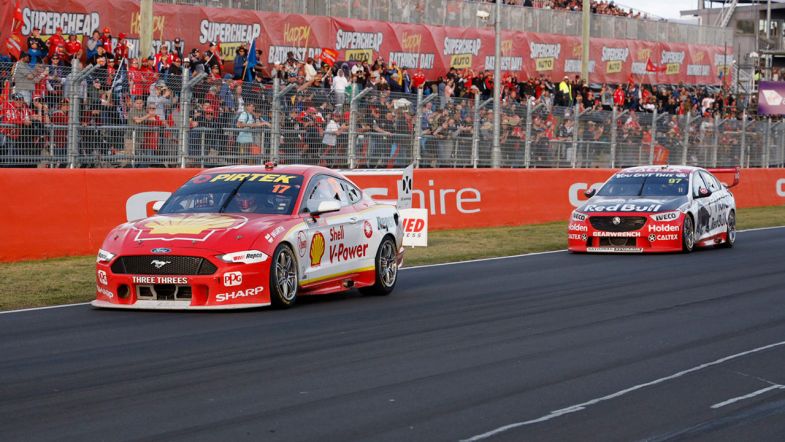 Leading engineers for the two top teams in the Supercars championship have said that a move towards lower downforce cars will aid overtaking and increase the quality of racing if implemented from 2020.

Head engineer for DJR Team Penske (DJRTP), Ludo Lacroix, and Shane van Gisbergen’s engineer from Triple Eight, Grant McPherson, shared their thoughts on a move to reducing downforce in the series after a shift this season towards increasing overall downforce to ensure parity.

Coming off the back of a “processional” Bathurst where the cars struggled to follow each other thanks to the aero wash from the preceding car, Lacroix and McPherson said they’d welcome a move towards lowering downforce in the category.

“Lower downforce should make for better racing and better following and hopefully they (Supercars) do a better job of hitting Adelaide with equivalency,” McPherson said to TouringCarTimes.

“There were very few clean passes made today in the top ten and that shows the cars aren’t easy to follow others so hopefully it’s better next year.”

Lacroix noted the major factor in why a reduction of downforce will make a positive impact on the racing through allowing the cars to race closer together.

“Lower downforce is one good thing,” he said.

“It’s important but not as important which is a good thing. I don’t like the fact that we are going slower but we probably need to go slower to make the racing better and be able to follow each other.

“This weekend, the quicker car could not overtake the slower car and then we have to do strategy, overtake in the pit lane. That’s the game we are playing and it’s probably not the best game.

When asked how the Mustang will perform in its first outing on a street track compared to the Commodores, Lacroix said that the recent parity changes will enable the Holden drivers to fight again.

“Remember Adelaide, ‘The Mustang’s first time at Adelaide’? A good car is a good car.

“The Gold Coast, with the modifications on the Holdens, is going to be easier on them. The championship is done, I think we can say that, but they are going to have a chance to fight for points and wins which is good for the show.

DJR Team Penske currently leads the team’s championship with 5769 points after twelve rounds, 843 clear of Triple Eight who sit in second, racking up 4926 over the course of the season.