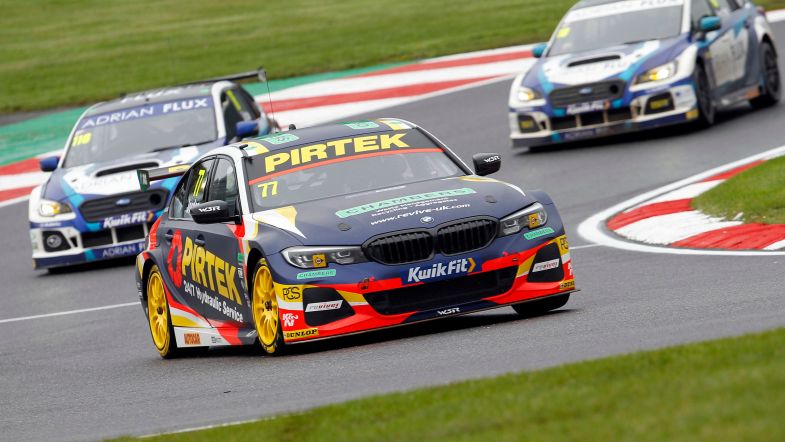 Andrew Jordan says he is keen to try and retain his drive with West Surrey Racing after wrapping up second in the BTCC standings at Brands Hatch.

Jordan went into the season finale, which was the final weekend of his long-term partnership with title backer Pirtek, sitting third in the championship standings behind fellow BMW man Colin Turkington, and Honda’s Dan Cammish.

Solid results in the opening two races of the season finale saw the 2013 champion close to within 13 points of the championship lead, leaving Jordan aware that he had to charge forwards from ninth on the grid to stand any chance of a second title.

A strong drive through to fourth place would have been enough to secure the title by virtue of race wins after Cammish crashed out with brake failure with less than two laps to go, but a storming drive through from 25th on the grid to finish inside the top ten instead saw Turkington snare a fourth championship crown.

Jordan, who ended up just two points down on Turkington in the standings, now faces an uncertain future after Pirtek’s departure, but said he was keen to try and secure a future with WSR for 2020.

“It’s hard to find the words to express how I really feel,” he said. “Coming into the weekend, I knew it was going to be a challenge to try and overturn the gap in the points but I also knew that anything could happen in the races and that was how it panned out.

“After the second race, I had no option but to push as hard as I could in race three and I don’t think I could have done anything else. I gave it everything I had and we came so close, but ultimately it wasn’t quite enough.

“I’m proud of the way I’ve performed this season and to have been in contention for the title having missed two races at Donington Park shows how strong I’ve been. I’ve won more races than anyone else, led more laps and I think pushed Colin harder than any of his team-mates have before in a title-winning season.

“It’s great to have helped BMW win the Manufacturers’ title again and this is where I want to be next year – I hope we can make it happen.”

WSR boss Dick Bennetts said he was keen to try and retain Jordan’s services for what would be a fourth successive season, but admitted it would be dependent on securing the funding required to ensure he was in a car.

“AJ did a great job to get back to second in the championship and to be only two points behind Colin is a fantastic achievement when he missed two races,” he said.

“Andrew would love to stay again next year despite losing Pirtek and we would love to keep him. It’ll all be down to drumming up more sponsorship and we’ll have to work to see if we can make it happen.”