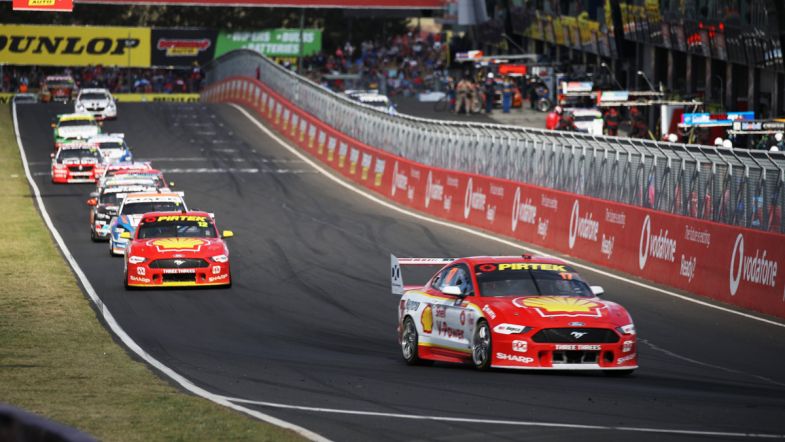 Erebus Motorsport boss Barry Ryan has fired up at rival team DJR Team Penske after the Queensland based squad issued a “slow-down” order to their driver Fabian Coulthard in the closing stages of the Bathurst 1000.

Running third on the road and behind his team-mate, eventual race winner Scott McLaughlin, Coulthard was told by the team to slow down because of an overheating engine, causing the pack behind the Kiwi to back up and lose over 40 seconds to the leading pair.

The order to Coulthard meant he didn’t have to double stack behind McLaughlin but ruined the fuel strategy and advantage of some cars behind him, including the #9 Erebus car of David Reynolds and Luke Youlden.

Ryan has said to the Below the Bonnet podcast that the decision from DJR Team Penske to call team orders not only damaged those in the race but has damaged the image of the category itself.

“Essentially that team blatantly cheated, I guess, and fixed the race, from that point,” Ryan said.

“There’s no other way to look at it. It’s pretty clear from the vision, the radio, the body language of the people they interviewed within the team that they did it on purpose. Unfortunately us and some other teams, they’ve taken us out of the race essentially, and didn’t give us an opportunity to use our strategy.

“It’s pretty damaging. Unfortunately there is so much public damage going on around it anyway, we just don’t need another thing like this that damages our integrity and the way our sport is perceived.

“It is blatant cheating, and I don’t like calling anybody a cheat but they did. They had to do that to ensure that car #17 had the chance to stay as the front two cars.”

DJR Team Penske will face a hearing before next weekend’s Gold Coast 600 with a points or monetary fine seeming like the most likely outcome.