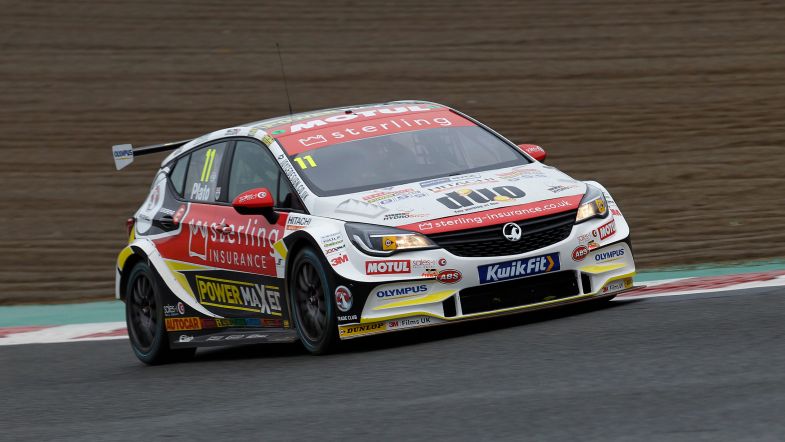 Jason Plato admitted that he was pleased to bring the curtain down on the 2019 BTCC season with victory having ended his longest spell without a win in the series.

Plato had endured the first winless season of his career in 2018, with a challenging campaign in BMR’s Subaru Levorg yielding just 26 points and only four points finishes.

Having switched to Power Maxed Racing over the winter however, Plato found himself once again a contender towards the sharp end of the grid, taking podium finishes at both Croft and Silverstone – where he also secured pole position.

Keen to try and end his season on a high, Plato rebounded from a below par qualifying session with a strong performance in race day, working his way forwards in races one and two to end up fifth on the grid for race three.

A storming start to the race saw him quickly fight his way to the front, and once in the lead, Plato eased away from the pack behind in his Vauxhall Astra to take his win tally in the series up to 97 – ending a drought that stretched back to Knockhill 2017.

“It’s been a long time coming this year,” he said. “I’ve made some mistakes along the way, I’ve had such a brilliant year and I’ve got my mojo back. I’m back in the bus getting told off so that means I’m getting competitive!

“The last couple of years have been really awful for me. Never in my career have I got in a car and known I wouldn’t do well, and after two years of thinking exactly that, joining PMR has taken me back to how it should be. To rebuild it all back up again is great and we’ve been genuinely fast.

“We need to develop and the work starts now for 2020. Everyone said I was too old but I knew different. We can see now, in a competitive car, I can still win.”